Andy Rubin joins Redpoint, gets $48M for his incubator

Rubin co-founded Android, and was head of robotics at Google until last year 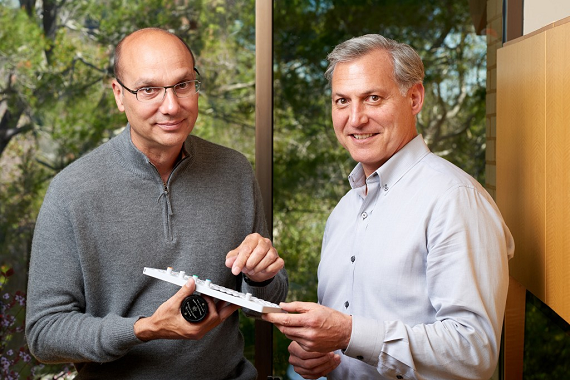 Last year, when Google robotics division head Andy Rubin decided to leave the company after nine years, it was said that he was going to be starting his own incubator. One that would put its focus on startups that are "interested in building technology hardware products."

Well, now we have some more details about what exactly he is going to be doing with his time.

Rubin did indeed start his own incubator, called Playground Global, but that's not all: he has also joined Redpoint Ventures as its newest Venture Partner, it was revealed in a blog post from Jeff Brody, Partner at Redpoint, on Tuesday.

"We started talking in earnest about Andy joining Redpoint twelve months ago over a cup of coffee at his wife’s bakery in Los Altos. Andy had some big ideas about the evolution of hardware and software, but he wasn’t sure whether he would pursue them through his own hardware-focused incubator, Playground, or as a partner at Redpoint," said Brody.

"Andy is a perfect complement to our team at Redpoint helping founders of mobile, marketplace, SaaS and infrastructure companies achieve their ambitions. There isn’t a founder out there that won’t benefit from Andy’s ideas, experience and industry connections."

In addition, to all that, Playground is getting an infusion of cash, as Brody also revealed that Redpoint has become the first investor in the incubator, which has raised a total of $48 million in its funding round, according to a filing with the Security and Exchange Commission.

Google, Hewlett-Packard Co., Hon Hai Precision Industry Co., and other tech companies also participated in the round, the Wall Street Journal is reporting.

Rubin previously worked at WebTV as an engineer, before it was bought by Microsoft for $500 million, after which he co-founded the smartphone company Danger, in which Redpoint was an early investor. During this time, he became an Entrepreneur in Residence at Redpoint.

He had worked at Google since 2005, when it purchased Android, the company he had co-founded in 2003, along with Rich Miner, Nick Sears, and Chris White. Rubin was put in charge of the Android division, which became one of the most successful divisions at the company, until he stepped down 2013. in. He then switched to his role as head of robotics.

"Andy is already evaluating and backing companies with us, and we’re excited to see how he can help Redpoint founders moving forward," said Brody. "We’re thrilled that he’ll be a part of our team identifying the next great startups and working with teams to realize their full potential." 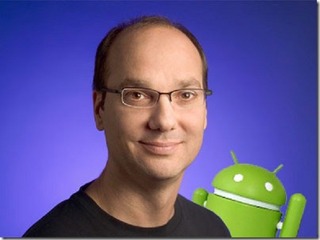