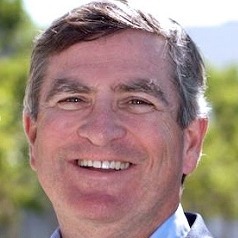 In the coming weeks, we will be highlighting members of the community to find out.

One of our favorite early-stage VCs is Duncan Davidson, co-founder and managing director at Bullpen Capital, which co-hosts our annual VC event, Post Seed.

Before forming Bullpen, Davidson was a managing director at VantagePoint Venture Partners, where he focused on digital media and mobile. He is also the founder of Covad Communications, an independent DSL provider.

He has also formed SkyPilot Networks, developer of a robust outdoor wireless mesh system, which was sold to Trillium in 2009 for connectivity to smart meters, and Xumii, Inc, a provider of mobile social network technology to carriers, which was bought by Myriad Labs.

Duncan Davidson: We have pioneered ‘Post Seed’ investing, investing in seed funded companies that are showing product-market fit. Often they will be suitable for an A Round, but would prefer a smaller raise now to set up a Super Sized A later. Or, they are growing well but need more time in market to garner a larger investment from a  traditional VC.

VN: What would you say are the top five investments you have been a part of? What stood out about those investments in particular?

DD: In our angel investing, our favorite successes were Zynga and Tanium.  Both came from our network and had unique advantages to grow fast in winner-take-most markets.  In our first fund, our favorites are Fanduel, Ipsy and Life360. All three showed similar characteristics: fast growth in winner-take-most markets. We also liked that their approaches were (when we invested) a bit out of favor.

VN: What do you look for in company's that you put money in? What are the most importany qualities?

DD: We look for fast-growers with product-market fit in large markets, plus some special characteristics: unique or highly differentiated, in winner-take-most markets with network effects, and run by the right sort of team.

DD: "Post Seed” which is either an early A or a late seed. Tthe letters having lost a lot of their prior meaning.

DD: We invest in 10 companies.

DD: Steve Jobs said you connect the dots in your life looking backwards.  I was always a technologist – ham radio, coder – but first went to law school and became one of the early pioneers of computer law; then to consulting around technology, then did three startups, two of which were dot-com IPOs, then joined a major venture fund. Only recently did I start Bullpen with my two partners.

DD: If you include acquisitions (not acqui-hires), it works out to be 75%.

VN: Where is Bullpen currently in the investing cycle of its current fund?

DD: We are half way invested.

DD: Most funds are started to be like all the others. We started Bullpen more like a tech startup, to do something different, in this case Post Seed.

The firm invests in four main categories: automotive, sustainability, and and manufacturing