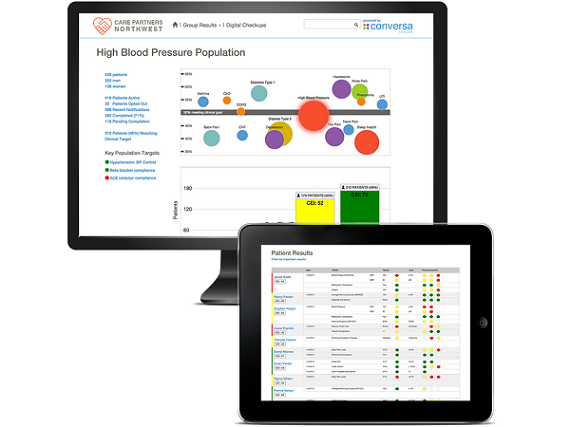 We've all been there: you go to see a doctor, he tells you some thing you're supposed to do, you nod and say, "Ok, thanks doc," then you walk out... and never do whatever it is he recommended. It might be laziness or maybe you just forgot. And there's no real way for the doctor to ever really know what happened until the next time you go in for an appointment, which could me months, if not a year, later.

Conversa Health, a provider of patient relationship management services, wants to create a system where doctors can close that gap, and give that last mile of delivery. It does this through continuous collaborative communication between the patient and doctor.

The company announced on Wednesday that it has closed a $2.5 million seed round from undisclosed healthcare angel investors. This is the first funding that Conversa Health has received.

"Once patients leave, they stop being a patient, and doctors don’t hear from them again, until symptoms pop up or a routine visit bring then back together,"  West Shell, co-founder and CEO of Conversa, told me in an interview. "Until then, they are flying blind. It's a pretty dysfunctional relationship, with little communication and interaction, even though there are lives in the balance."

So the platform automates outreach on behalf of physicians, and does so based on each specific patient profile. They will get different personalized messaging, asking them specific questions, such as if they are monitoring their blood sugar or managing their weight. That information then gets fed that back to the care team, so that they can monitor their patients consistently.

Patients can choose the way they wish to interact with Conversa, either through text, their smartphone app or through e-mail.

There are two major use cases that Conversa has seen so far. The first being chronic patients, who need ongoing communication and collaboration to manage their diseases, and, second, post-discharge patients who are recovering from surgery, or have received care from the emergency room, and don't want to be readmitted.

Conversa has spent the last six months on its first pilot, with large primary care practice, located in Portland, Oregon, called Greenfield Health, which has 1,300 patients. The focus primary has been put on primary care so far, said Shell, since that kind of care is driving 80% of the cost.

In that pilot study, Conversa found that the most important aspect was uncovering patients that needed intervention.

"It was quite stunning. If we didn’t ask patients how they were doing, they wouldn't know they needed an intervention, and could implement a whole host of different changes," said Shell.

With that pilot done, Conversa is currently in talks with several other care practices to integrate its platform into their existing systems, which will be the company's main distribution strategy going forward. No details about any of those upcoming partnerships could be discussed at this time, though, the majority of the new funding will be going toward building out its implementation team, to facilitate those integrations.

It will also be used to hire engineers, and the business development team. The 12 employees Conversa currently has will expand to 20 by the end of the year.

There was other news out of the company besides the new funding; it also announced that it has brought on Daniel Dean as its new chief technology officer

Dean was previously the CIO for Health Share of Oregon, and was an early player in the electronic health records space at MedicaLogic/GE. He has held product and technology leadership positions at Responsys, WebMD and Press Ganey.

"Daniel has really developed into the most respected expert in the use of health IT and health data to drive outreach. He is a unique pioneer in health records space, and brings a lot of unique skills to the table."

And, finally, Conversa also announced the formation of a new Medical Advisory Board, which will help shape the questions that the platform asks each individual patient.

"We feel it is critical to establishing a credible foundation for the logic we use to reach out, and ask patients the right questions and make the right statements," said Marshall.

"There are clinical standards, but nobody has developed standards for the exact right way to reach out in a collaborative way. They're the ones who are saying, 'This is what we really need to know,' and then we can embellish that with patient facing language and information to make it more attractive."

The idea behind Conversa is to fundamentally change how doctors interact with their patients.

"Looking down the road, in the next 10 years, we are going to look back at the current system with a high degree of disbelief when we see that the only relationship we have is when we are sick and standing in front of them," said Shell.

Ongoing collaborative communication between care teams and patients will result in only going to see a doctor when a patient needs to, and has a specific reason, not as matter of routine.

"So many other parts of our lives have been transformed through digital dialogue. Transportation, e-commerce, and now this fairly important piece of that whole puzzle." 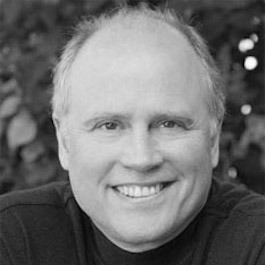