The company pulls in health data from multiple sources, then turns it into something actionable 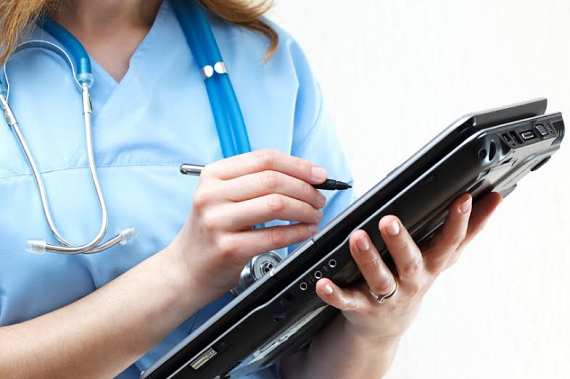 One of the largest problem facing the healthcare system in the United States is inefficientcy. In this country alone we waste between $700 billion and $1 trillion a year. That adds up to 30 cents out of every dollar spent. It's pretty crazy.

Healthcare data warehousing and analytics company Health Catalyst is solving this problem by helping healthcare providers gain better access to data, pinpoint where their problems are and then turn that data into actionable intelligence.

The company announced on Tuesday that it has raised a new $70 million round led by existing investor Norwest Venture Partners, with contributions from other existing investors Sequoia Capital, Kaiser Permanente Ventures, Sorenson Capital, CHV Capital (an Indiana University Health Company) and Partners HealthCare.

Health Catalyst had previously raised around $95 million, most recently a $41 million round in January of 2014. This latest round brings its total funding to around $165 million.

The Salt Lake City-based Health Catalyst creates software for hospitals manage their processes. The company has two product lines: it provides data warehousing, pulling in data from dozens of sources, such as labs and patient satifsation surveys. It then provides analytics and outcomes to help healthcare organizations of all sizes improve the clinical, financial, and operational reporting and analysis needed for population health and accountable care.

"Organizations need a way of accessing data, and only though a comprensive data platform can they pinpoint inefficiencoes," Dan Burton, CEO of Health Catalyst, told me in an interview. "Our data warehouse is flexible and agile, much more so than what has traditionally been available."

So far the company has 60 analytics apps available for its customers, and they provide two separate functions.

First, there are the ones that are "veritcally oriented," which allow an organization to take a population of patients, and see what areas of care are most needed. So, for example, heart failure may be highlighted asan area where inefficient care if being given, so Health Catalyst has a suite of apps designed for heart failure that are clinically oriented, and will point out specific improvements that can be made to improve both clinical and financial outcomes.

Then there are ,"horizontally focused" apps, which are workflow analyitcs apps. These apps can see areas where organizations are being inefficient, and where there is variation from the best known practices. They can measure impact, and highlight what should change, to allow organizations to see change over time.

There have been numerous case studies done, which show the amount of time and money that healthcare organizations have been able to save by using Health Catalyst.

The company is so confident in its ability to help these organizations that is has chosen to enter into shared risk contracts, where is puts up all of its profitablity in order to ensure that its customers achieve improvements.

"We hope that other health systems will do so also," said Burton.

Unlike other tech companies that have built data warehouse outside of the healthcare space, like IBM and Oracle, Health Catalyst is flexible an agile in a way that those other services are not, Burton said.

And while major EMR players, which seeking to expand footprint to data warehouse and analyitcs, are also competitiors, they have a lack of expertise in bringing in data from other surces. Health Catalyst has already built and invested in automation of those processess, said Burton.

The company will use the new funding to develop another 60 apps, on top of the 60 is already provides. It will also use the funding for "specific strategic acquisition opportunities,"Burton said, which could mean companies, or could come in the form of intellectual property.