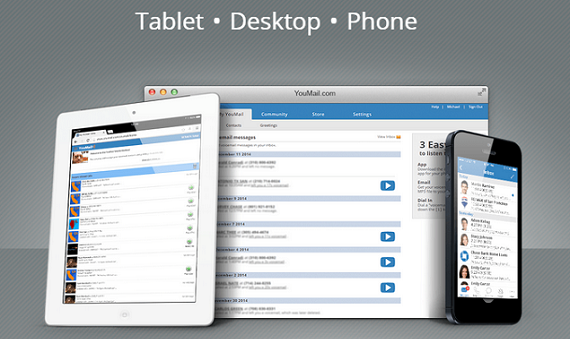 We've seen the effect of the Jumpstart Our Business Startups (JOBS) Act in how it has affected companies looking to go public, which major players like Box, GrubHub and Trulia using it to file confidentially. But now we are finally getting to see it from the other side: through the lens of a smaller company trying to raise new funding,

YouMail, a provider of cloud-basedtelecommunication services for consumers and small businesses, announced that it has raised a $5.5 million Series B roundof funding. Rather than going the traditional venture capital route, though, the company took advantage of provisions in the JOBS Act and was able to raise the funding from private investors by marketing its offering on the Internet and on webcasts.

The placement was managed  by Digital Offering, a merchant bank, and included a mix of institutional investors, family offices, private investors, and other investment groups.

Raising funding this way is the "middle ground between crowdfunding sites and traditional VCs," YouMail CEO Alex Quilici told me in an interview, giving the company access to a "wider range of investors," without being as "wild wild west" as crowdfunding sites can sometimes be.

"When you go the tradtional VC route one of the drawbacks is that you have limited set of people you can go to to raise money from. They have their specific patterns, which have brought them success in the past, and they decide what kind fo deal has the kind of reward profile they will invest in," he said.

By being able to bypass those investors, a company can find individuals who don't have such strict criteria for investing, and who might be willing to take more of a risk. Specifically, YouMail is growing its revenue at between 30% and 40% annually, a number that Quilici said might not be high enough for a venture capital firm to want to invest in, but may seem more attractive to a private investor.

Of course, there are some negatives that come with this, mainly with the sheer number of investors; rather than having one or two firms invest a couple of million, one investor might put in $100,000, so that you "wind up with a collection, which means more overheard and is harder to manage."

On top of that, it does not come with  some of the same incentives that the VCs can offer.

"Often, with a VC, you get exposed to the next round, through the connections they have," Quilici said. "These investors don't have the same connections."

Finally, individual investors are more likely to invest in companies like YouMail, meaning those in the consumer software space, since they can download it and use it. An enterprise software company, or a hardware company, might have more trouble getting these types of investors on board, he said.

In all, between 25 and 30 individual private investors participated in this round of funding.

This round brings the company’s total raise in debt and equity to just over $20 million. Its venture capital investors include Vantage Point Capital Partners, the Crunch Fund, Siemer ventures, and the Tech Coast Angels.

The company will use the new funding to build out its marketing team, as its developer team. A year ago it had 12 employees, and has been hiring in anticipation of the new round, bringing its total base to 30 employees.

It will also go toward building out the product, with features that users have been asking for, such as notifications, and a complete facelift on the app.

Founded in 2007, Irvine, California-based YouMail is a mobile voicemail app that seeks to make the experience better for the caller with features that include personal greetings, which address the caller by name; and automatic texts that explain why the person did not answer the call.

On the receiver side, it allows users to block people in a feature called "Ditchmail." Users can even submit which numbers are from telemarketers, so the service will block that number from calling any of its other users in the future. 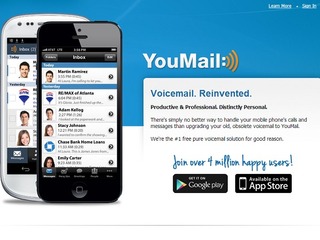