The firm has invested in 12 companies that hit that mark, and made six of them in the early stages 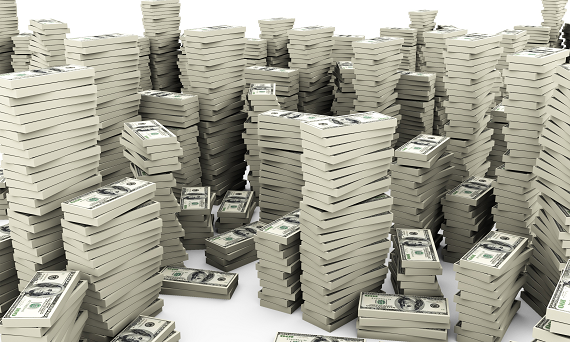 As we all already know by now, as valuations have been creeping up, so has the number of companies that are reaching $1 billion valuations. In fact, it has jumped massively in just the last year or so. But what about from the venture capital side? Which ones are leading the charge on these so-called "unicorns"?

Luckily, CB Insights has the answer to that question.

The  venture capital database has taken a look at the top VC firms and see which had not only invested in the now 53 companies that have reached this level, but also how many invested early, meaning the seed and Series A stage, and were therefore able to increase their investment.

In all, there are 8 investors that have at least eight of their portfolio companies now valued at at least $1 billion dollars.

The clear winner is Sequoia Capital. The firm has invested in 13 unicorns, including AirBnB, Houzz, Square, Jawbone, Evernote, Dropbox, and Eventbrite. And Sequoia got to almost half, six of them, at an early stage, including Airbnb, Stripe and Instacart. The firm lead all others in both counts.

Right behind it was Accel Partners, with 10 investments, and five of them done early. The firm put money into companies that included DocuSign, Sunrun, Cloudera and Lookout, with early investments in Qualtrics, Razer and Slack.

Kleiner Perkins Caufield & Byers was high on the list as well, coming in second with 12 total investments, but none of them early. They included AppDynamics, Bloom Energy, Uber, Magic Leap and Snapchat.

In contrast, firms like Khosla Ventures, which invested in seven unicorns, made five of those early; SV Angel made six, with five coming early.

How crazy was 2014 in regard to ballooning valuations? In that single year alone, 38 different companies entered the $1 billion club. That is more than the three previous years put together, when only 22 companies made it combined.

Others that made it into the club last year included Credit Karma, Delivery Hero, Hootsuite, JustFab, Kabam, Snapdeal and Tango.