Iotera raises $1 million to help you track your pets 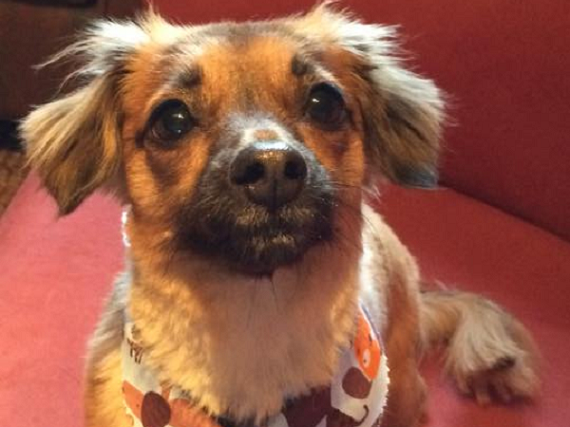 After a recent fire occurred in my sister's neighborhood, she told me that it got her to thinking about what would happen to her cat if she had to suddenly evacuate. As anyone who has ever dealt with a cat knows, they are not the easiest creatures to get to come with you, so I guess the options would be to either leave it in the apartment, likely dooming it, or to just let it out and hope you can find it later. Neither is great, but at least in the second case the animal gets to live.

I should tell her about a company called Iotera, which has developed a real-time GPS tracking device that can be used to track a whole host of things, including lost cats and dogs. The company, which launched a successful Kickstarter campaign in July of 2014, taking in more than $280,000 of pre-orders, has just announced that it has raised a $1 million round of seed funding.

The round was led by ZenShin Capital Partners and joined by Crunchfund, Startup Capital Ventures, String Ventures, EarlyMarket and Rubicon Venture Capital. Iotera had previously raised a $700,000 from ZenShin Capital in August 2013.

The Iotera product has not yet launched, the company plans to use the funding to expand delivery of its IOTA pet tracking system. It will first be available in the San Francisco Bay Area, Los Angeles, New York City and "other large metropolitan areas," including Chicago, parts of Texas and the Pacific Northwest.

The core of the company's is a wireless technology that uses free wireless spectrum with a range of up to 4 miles, and Iotera says its network coverage will "rapidly expand to other geographies as each IOTA establishes its own coverage area making it ideal for both urban areas as well as remote areas that have little or no cellular coverage."

There are other services already offering something similar for pets; my girlfriend's sister's dog (pictured above; his name is Sammy) had a tracker embedded in him. But there are a couple of things that Ioters says set it apart: long battery life and the only long-range tracker which has no monthly service fees.

"There are multiple markets that our technology can serve today, but to begin with we are focused on the pet tracking application with our tiny GPS tracker that has 10x improvement in battery life compared to any other product we are aware of," Ben Wild, CEO of Iotera, said in a statement.

While many use the device to track their pets, the company is quick to point out that it can be used on any number of other valuable items, anything from bikes to cars to even children.

"While pet tracking is our first key application, we are already seeing consumers interested in using our technology for other applications such as tracking children, elderly, cars and bicycles. We are excited by how quickly this application is driving total coverage of key cities in the US," said Wild.

Founded in 2009, the Redwood City-based Iotera sells two devices:  the Iota GPS pet tracker, which costs $59, and a Home Base for $79, which is required to activate the Iota.

The Home Base attaches to a window and "listens for messages from any Iotas within range, and forwards them to the Iota cloud servers using your home Wi-Fi network." The Home Base can communicate with the Iota for up to 4 miles.

The company is currently taking pre-orders for the Iota GPS pet tracker and is targeting delivery of the product in the summer of this year, likely in May.