Practice Fusion CEO says data is too fragmented right now, and too much not yet on the cloud 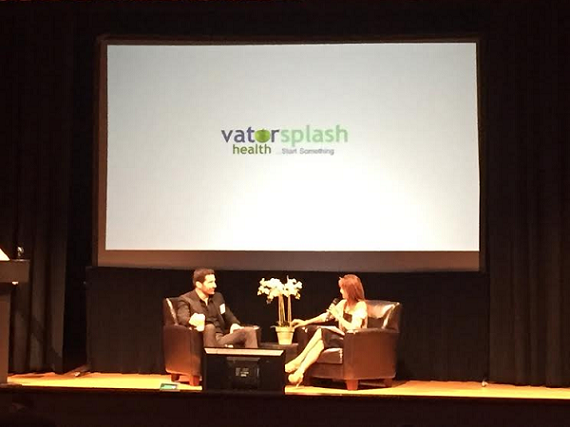 At Vator Splash Health on Thursday, Practice Fusion CEO Ryan Howard sat down with our own Bambi Francisco to talk about how his company is altering the healthcare landscape.

Increased transparency, though, leads to consumers making their own choices, and ones that may be questionable, Francisco said, specifically citing the recent controversy over vaccines following the measles outbreak in the United States.

'If we're going to get all of this information from people, and they're going to make different choices, shouldn't people have different health risk profiles?"

"Practice Fusion today is a foundational technology. We haven’t changed medicine, per se; we've made is more efficient, but we've simply taken the practice of medicine and digitized it," Howard said, meaning the company can now determine certain risk factors based on the patient's behavior.

"We know what the outcome will be if you get the vaccination or if you don’t," he said, but the company simply gives that information and "it's your informed decision to do what you want."

With all of that data Practice Fusion that the company "can actually predict your quality of life," he noted, leading Francisco to wonder why that cannot be translated in something analogous to having a credit score.

"You get a house, everyone knows your credit score. Everybody knows if you are late on your credit card payments. You go to a doctor and they don't know a thing about you," she said. "It's certainly not as efficient as the finance industry. So why is that financial information about yourself, which is probably just as personal as health information, so why is it that the finance industry has a credit score for people and the healthcare industry doesn’t?"

Part of the reason is the sheer size of the healthcare industry, said Howard, noting that there are only three to four credit bureaus while there are 400 EMRs companies. Also, the industry is not cloud-based, so the data is hard to collect.

"The data is actually in the doctors office itself, and it could be in hundreds of thousands of offices," he said. "There are 4,000 labs in this country, and we’ve connected 450. There's much of your data offline that no one can do it today. It's an incredibly complex system."

That creates a big opportunity, but it's not a change that will happen in two to three years. In fact, he believes that it is going to take a decade, or maybe even two, to get to a place where all of the info can be shared.