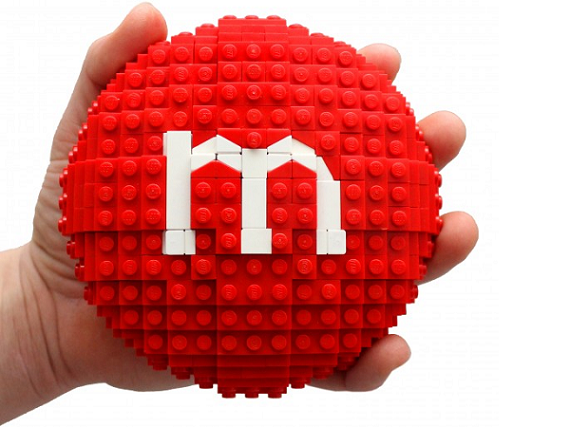 When I was a kid, we had a multiple shelves full of board games and trunks full of toys. I even had my own special case for all my Teenage Mutant Ninja Turtle action figures. My sister also had one for her Barbies. We had so many freaking toys!

I bet my mother would have loved Pley, a company that is a Netflix for toys, allowing families to rent Legos for a monthly fee.

If that idea appeals to all the cash-strapped parents out there, it also making a splash with investors, having just raised $10 million in Series B funding, the company has revealed to VatorNews.

The round was led by Sozo Ventures, along with existing investors Floodgate, Correlation Ventures, Maven Ventures, and Allegro Venture Partners. The company had previously raised $6.75 million in a Series A round of funding in March of 2014. This round brings its total funding to $16.75 million.

Founded in 2013, Pley wants to build "the next generation of play, allowing kids to create and consume educational toys, making it affordable and eco-friendly," Ranan Lachman, CEO of Pley, told me in an interview. The company charges a minimum of $9.99 per month, with plans that go up to $49.99 a month, depending on how many Legos each customer wants.

There are two types of customers for Pley; 40% of them are adult Lego enthusiasts, and the other 60% are parents with between one and three kids, aged between 5 and 12. For the second group, the cost savings can have a major impact.

"Parents are spending 30% of their income to purchase short lived products. They grow out of toys quickly and they create clutter," Lachman said. "We can reduce that cost by 70%, and we are eco-friendly, because, instead of remanufacturing these toys, we are reusing them. We save a tree with every Lego set."

The new funding will be used to bring Pley to Europe and Asia, Lachman told me.

"The prices of lego, as expensive as they can be in the United States, internationally they are 25% to 40% more expensive. A product like ours is perfect for the international market where the value is more prevalent," he said. "Also recent research on the sharing economy shows that Europe has adopted thosepriciples more than the U.S."

With that expansion will come more hiring. Pley currently has 35 employees, and plans to triple that, to around 100, within the next 12 months.

In addition to the funding news, Pley also unveiled PleyWorld a free online platform for Lego fans to create their own sets and creations and share them with the community.

Photos of original designs are uploaded to the PleyWorld site and can be voted on. Once a design receives 5,000 votes, Pley will use its patented Lego-assembly machinery to create sets based on that design and make it available for rental to Pley subscribers in a matter of weeks.

"The idea for PleyWorld came from users, specifically parents who wanted to see their kids building with Legos and being creative, but also told us how awesome it would be if other kids could enjoy what they built," said Lachman. "The community has enormous talent and imaginations. They will see amazing designs, and say, 'that is something that I want to build now.'"

I asked Lachman is Pley would ever allow users to buy their own designs, and while he acknowledged that this is something he believes that people would want, and that the company might consider down the road, for now it will only allow them to be shared with others.

The Santa Clara-based Pley has more than 50,000 families using it right now, and is growing fast. have purchased. More than 350,000 packages have been shipped and Lachman says that the company is also growing its revenue quickly as well.

"Lego has cognitive benefits. It improves special reasoning and helps kids build with their hands," said Lachman, but many cannot afford to spend the money. Thanks to Pley, they can.

Pley is a socially-responsible LEGO rental company that changes the way families consume educational toys. Pley makes it possible for kids of all ages to rent LEGO sets, saving hundreds of dollars per year in toys that are enjoyed and then often neglected. Through creating a sharing economy that reduces waste and enhances kids' cognitive skills, Pley’s goal is to change the very paradigm of playtime by providing an affordable subscription service for educational toys. 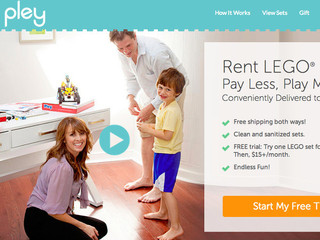