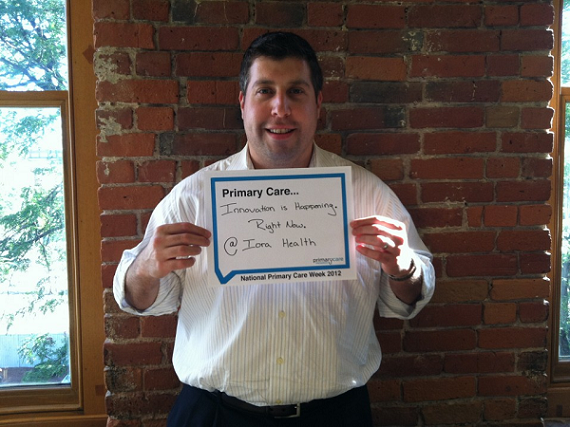 Since I started diving into healthtech to prepare for Vator's Splash Health event in Oakland next month, what has most intrigued me are the number of different sectors within that space. There are tools for purchasing of healthcare services or insurance; devices designed to treat a specific disease or condition; telemedicine, which allows patients to get treated from home; and platforms for managing costs.

Many companies focus only on one aspect of the space, but one company is trying to incorporate almost all of them by completely changing every aspect of primary care.

Iora had previously raised a little over $20 million in funding; this latest round brings the total to $48.3 million.

The Cambridge, Massachusetts-based company works with employers to create private practices that are catered to specific communities.

For example, it has created one in conjunction with Dartmouth College, and another in Phoenix, Arizona. The practice in Phoenix caters to older people, so it has earlier hours, has more bathrooms, wider waiting rooms and more geriatric doctors, Rushika Fernandopulle, CEO of Iora Health, explained to me.

The practice in Dartmouth, on the other hand, has later hours since it caters to people who are at work during the day.

At each practice a team of a doctor, nurse and a Health Coach works with each person. Health Coaches develop relationships with the patients and act as a go-between got the patient and their care teams. Each one includes a telemedicine platform, and a payment system where patients are not billed on a transactional basis, but rather on "based on care."

The idea, Fernandopulle said, was to fully redefine what it means to get access to healthcare. Because the practices are built around small communities, it creates a closer relationship between doctor and patient and gives them more access to better improve their own healthcare.

"Despite spending $3.2 trillion in this country on healthcare, we get lousy outcomes. In fact 30-50% of what we spent is waste. It goes beyond not adding value, it actually provides harm," he said. "This is the biggest problem in the world, the gap between what we pay and the quality we get."

There are two ways to attack the problem: a top down solution, such as Obamacare, or, as Iora is doing it, "going from the bottom up."

"Instead of taking existing practices and twearking them, we wanted to start from scratch," he said.

The company says it will use the additional financing to fund rapid expansion to continue delivering transformative health care. Already in six states, with 11 practices, Iora expects to double in size in 2015.

Iora will also use the funding to build out its infrastructure and IT platform. It currently has 140 employees, and plans to add another 20 in its home office, plus another 100 out in its practices.

Since its founding in 2011, Iora has seen some been able to reduce both costs and hospitalization rates for its patients. In terms of clinical outcomes, when Iora doctors first start to treat patients with hypertension only half are  under control. Through Iora, that number gets up to 90%, and the practices sees the same numbers with diabetes patients as well, said Fernandopulle.

It has also been able to reduce healthcare spending by 10% to 15%, and it has seen a 35% to 40% drop in hospitalization and emergency room visits.

The company is now serving over 10,000 patients in its existing practices

"Healthcare ought to be about relationships, so  lets get transaction out of the way. There is also this idea that the doctor will manage your heath, but they only see you two hours a year," said Fernandopulle. "Our model gets the patient and the family to manage their own health. We give them tools to do so and teach patients to self manage."