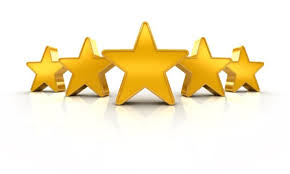 In a world chock-full of daily in-person meetings or appointments, conference calls, deadlines, and must-do's like working out or practice/games (sports), taking medications just adds to the already-long list. It's no wonder, most people who are on medications often fail to take them in a timely manner.

One startup hoping to help patients do a better job at taking their pills is MediSafe, a Boston and Israeli-based startup that launched in 2012. Just this week, MediSafe, a semi-finalist in the Vator Splash Health 2015 competition, announced that it's landed a $6 million round, led by Pitango Venture Capital, the largest venture capital firm in Israel, with offices in both Israel and Palo Alto, Ca. Other participants include 7wire ventures, and lool Ventures, TriVentures and Eyal Gura, an entrepreneur and former Venture Partner at Pitango.

MediSafe has a consumer app to remind people and their family when to take medications. There are a number of "take-your-pill" apps, making this a crowded field. But Omri Shor, Founder & CEO of MediSafe, said one differentiator is that MediSafe is inherently social. A person using the pill reminder can add a family member or friend to get an alert if pills aren't taken in a timely manner. Apparently, a frequent occurrence that can have expensive repurcussions.

According to statistics compiled by CVS/Caremark, a PBM (pharmacy benefit management) company, non-adherence, or not taking medication, costs the US healthcare system up to $290 billion. Those costs include additional hospital visits, and treatments as well as loss of workdays, and loss of re-fill purchases at pharmacies, said Shor.

Given that CVS runs pharamacies, it has a lot of incentive to back this report. After all, it's in the business of selling prescription drugs. And if people aren't taking their meds, that's loss revenue for them. The Mayo Clinic says 70% of Americans are on one prescription drug while more than half are on at least two. It's not my place to say whether these Americans should be on these drugs or whether the prescriptions are accurate in the first place. That's another story. But it's safe to say that some people who should be taking their drugs aren't.

That's why MediSafe has gotten some traction and why it started in the first place. "My father is diabetic and he asked me if I saw him inject insulin. I said I didn't see him take it, but he misinterpreted and thought he didn't take them. So he overdosed," said Shor. This incident led him to find solutions to help patients manage their own healthcare. To-date, the mobile app has been downloaded 1.3 million times, since launching in 2012. Much of those downloads coming from the US and Brazil, said Shor, though a lot of the drugs that users are reminding themselves of are generic medications made by Teva Pharmaceuticals, based in Israel.

Not only do consumers see this rating, but Medicare also gives pharmacies better fees, said Shor.

At the moment, and in the future, Shor expects MediSafe to always be free to consumers. But the company is working with pharma companies to put content into an user's feed. So if a diabetic is using MediSafe to take certain drugs, it might see a sponsored article about a certain diabetic drug. Also, MediSafe plans to make money for re-fills. So for each user using MediSafe to get refills, MediSafe gets a fee.

In the future, Shor hopes to have enough interesting data to share and sell. For instance, the data collected may be able to get a better understanding of when diabetics typically forget when to take their medication. It's certainly data worth having. But until then, MediSafe is already providing some value-add by helping patients stay on track and family members stay less stressed.

Shor's dad is fine today. But not without first giving the family a scare.

See emerging startups like MediSafe, plus more established startups, such as Practice Fusion, One Medical Group, Misfit Wearables and many more at Vator Splash Health on Feb. 12 at Kaiser Center in Oakland. Check it out here. vatorsplashhealth.com

MediSafe is the leading mobile medication platform with over 1.3 million downloads and hundreds of thousands of weekly active users across iOS and Android smartphones and tablets. MediSafe apps have earned a 4.5 star rating from 50,000+ reviews across Google Play and iTunes app stores.

MediSafe is different from a pill reminder application, because it addresses all of the major causes of non-adherence -- forgetfulness, lack of support, emotional distress, information overload, low engagement, and rising medication costs (in the form of copays). MediSafe engages patients in their treatment by sharing results (e.g. via lab tests and biometrics), holds them accountable through connections to physicians and care teams, and offers a holistic and simplified approach to managing their health via related educational content (e.g. diet, exercise), easy access to prescription refills, and other value added services.