Sales on iOS nearly four times those on Android, tablets made more than smartphones 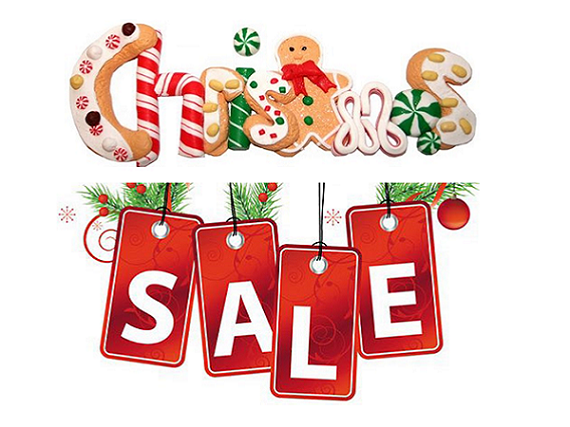 Unlike Thanksgiving (in which stores are increasingly forcing their employees to work) Christmas remains sacred. Maybe it's because of the religious aspect of the holiday? Maybe people would be really, really pissed if they found out people weren't able to be with their families? Whatever it is, Christmas Day is always a ghost town. I swear I couldn't even buy myself a Subway sandwich yesterday, that's how dead it was!

We're Americans, though, and if we want our stuff we are going to get our stuff! So we do what we always do: turn to online shopping.

Online sales went up 8.3% year-to-year from Christmas Day 2013, according to data released from IBM Digital Analytics Benchmark. The average order went up 6.2%, to $100.33, though consumers purchased less, averaging 3.5 items, a 1.4% increase.

One important pull out are the mobile numbers, which show a significant shift. Mobile traffic increased 18.4% year-to-year, accounting for over 57% in 2014. Mobile sales, meanwhile, increased 20.4% to make up 34.8%.

Now let's break those mobile down a bit further. When it comes to the type of device, smartphones had 40.6% of online traffic, compared to only 15.9% for tablets. But when it came to sales, tablets won out, 18.4% to 12.4%. As IBM said, "smartphones browse, tablets buy."

From the angle of which operating system won out, it was no contest. As usual, iOS completely trounced Android in every way. Traffic on iOS was 39.1% of the total, more than doubling Android's 17.7%; iOS drove 27% of sales, nearly quadrupling Android's 7.6%; and even average order value was almost 45% higher on iOS, $97.28 versus $67.40. Like I said, it was iOS all the way.

With all of the mobile talk, let's not forget our old friend the desktop PC, who is still very much alive and kicking. PC traffic was 42.6%, and 65.2% of sales. Most importantly, they drove higher sales, with an average order value of $107.72 compared to their mobile devices at $88.70 a difference of 21.4%. Retailers would be wise not to discount the personal computer just yet.

And, finally, there is the social impact, and how effective they were at  driving sales. It always seems to come down to Facebook versus Pinterest, with Facebook referrals driving an average of $89.80 per order, while Pinterest referrals averaged $99.86 per order. So Pinterest wins!

This shopping season has been a pretty unqualified success, as both Thanksgiving Day and Black Friday both topped $1 billion each, and this year's Cyber Monday became the largest single shopping day in history and the first ever to break the $2 billion marker.