Rabois was a member of the PayPal Mafia, which also included Peter Thiel, Max Levchin and Elon Musk 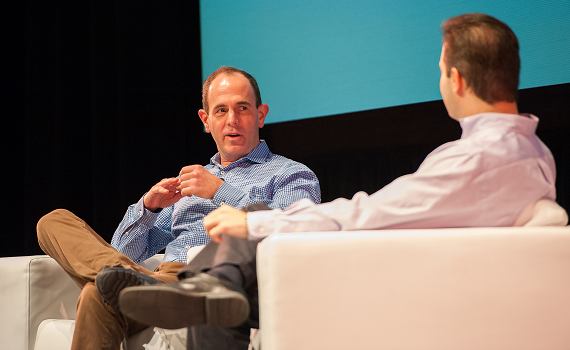 It's no secret that it is much, much cheaper and easier to build a startup now than it was 10 or 15 years ago. Where it used to cost $5 million to start a company, that number dropped to around $500,000 by 2005 thanks to the cloud and open stack, making it so that companies simply did not have to raise as much funding as they used to stay in business.

To many, this is a good thing, giving more people the chance to put their ideas into practice, even if they don't have a huge number of resources. But there has been an unintended consequence: the dilution of talent.

Keith Rabois of Khosla Ventures discussed the issue at the first-ever Post Seed Conference, hosted by Vator, Bullpen Capital and Venture51,  and how things have changed since his time at PayPal.

"First of all, Vinod taught me this express when he joined the Square board, which is 'the team you build is the company you build.' And I think thinking about that in the back of your mind. Patrick Collison from Stripe has a great way of thinking about this. He said, 'Take your first 10 and assume each one's going to replicate themselves 10 times. So, basically, your  first 10 employees become your first 100 employees. And so, if you really want someone to replicate themselves 10 times, hire them or, if not, you don't hire them in your first 10 employees. I think that's also a really good way of thinking about it. But the more macro point is that it is not necessarily just a good thing that lots of companies get funded and lots of people can start companies and found companies."

Rabois would know a lot about this, of course, because he was a member of the so-called PayPal Mafia, the group of entrepreneurs and angel investors who were founders or early employees of online payment service PayPal. All of them went on to found their own tech companies, as well as fuel the next-generation of startups.

They include Peter Thiel, the former CEO of PayPal, who was Facebook's first investor, and is Managing Partner at The Founders Fund; Elon Musk, who is currently the CEO and Chief Designer of SpaceX, CEO and Product Architect of Tesla Motors and Chairman of SolarCity; Max Levchin, who founded Slide, which was sold to Google in 2010; and David Sacks, founder and CEO of Yammer, which was bought by Microsoft for $1.2 billion.

"To build a real company, you need a critical density of talent that works together for a sustained period of time. We did have that at PayPal. We had the luxury of the fact that the rest of the economy here in the United States collapsed. So roughly 90% of everybody we gave an offer to at PayPal accepted it," said Rabois. "So we were able to align an array of a fairly good set of folks and keep them together until after we sold the company. That'd be extremely difficult to do in today's world because there's so many options for people to found companies."

In fact, in a weird way, this dynamic actually makes Silicon Valley go in fits and starts, he said.

"One of the reasons you have this bubble and burst cycle in Silicon valley is this, which is, in negative time it's easy to assemble great talent, which means you get great companies, but then that creates hype and then lots of people start companies, found companies, everybody invests in companies, and then you dilute the talent, so that leads to a sub optimal number of great companies. And that's a little perverse."

The topic came up again at the end of the talk, when a member of the audience asked what strategies he used to recuit people who might otherwise go start their own company.

"The people who thrive, there's no obvious secrets but, first of all, having a mission and being able to sell that mission is pretty important. 'How do you hire your 20th employee is a pretty real question. Like, it's easy to get your first core people, they're probably people you already know, but then how do you sell the vision to 20th person? People who thrive can do that really well, like in both terms of macro vision and impact, but micro vision about the company," said Rabois.

Second thing is, I think you can hire people that a little off central casting. It's like recruiting athletes, like I always talk about drafting players in baseball. Drafting players out of high school is really difficult to do well. And if you can find the talent and the ability to do that, and I think Peter and Max both did that at PayPal extremely well. They both hired people who had no backgrounds in technology. Max hired his friends from the University of Illinois, Peter hired his friends from Stanford, combined the two, but they hired pretty well. You can do that, you can assess people who are not like central casting. You can get a critical density of talent."

And finally, "you can make it a founder-friendly environment."

"So, there are reasons that people become founders. Mostly its because they're disruptive, like they can't be managed. And so they don't want to be managed. Peter started PayPal, partially, because he didn't want to work for anybody again. So it you make an environment that's very process driven, you're going to alienate founder types, whether you get them in the door, they're going to be out the door very soon. On the other hand, if you have an innovation driven, permission-less innovation culture, and you have managers and executives who know how to thrive in that environment it can be very attractive." 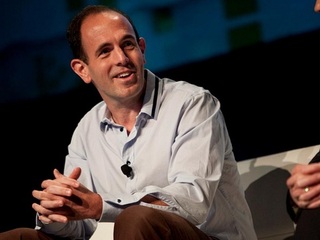