Maybe people will now finally start paying attention to what they share and who they share it with! 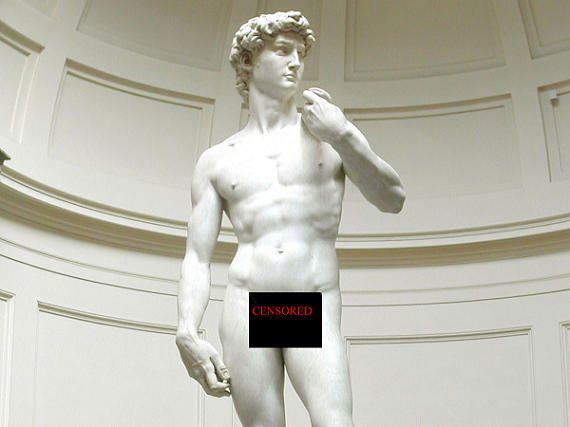 Wow, 2014 went by quickly, huh? So fast, in fact, that when I was assigned to do my annual "I'm thankful" story, I had to really think about what had happened this year that would make a good article. It went in the blink of an eye, and it seemed like almost nothing happened at all!

One thing I kept coming back to was how many hacking there were this year. So. Many. Hackings! In fact, at some point I lost track of just how many there were.

Among those companies that were targets in the last year include Snapchat, Skype, Bitly, Spotify, eBay and Stubhub, just to name a few. Not to mention all of the brick and mortar stores, like The Home Depot, Michael's, Dairy Queen and Kmart, that had their systems penetrated.

Even our freaking military contractors were breached by Chinese hackers. That's how bad this problem has become.

This year, I am thankful for two of these types of incidents in particular, though: the iCloud hacking in September, which resulted in the leaking of a slew of naked celebrity pictures, including Jennifer Lawrence, Kristin Dunst, Kate Upton, and Kaley Cuoco, also known as The Fappening (aren't we all just so very clever?).

And then there was the Snapchat hacking last month, which resulted in the release of a bunch of naked pictures of a lot of non-famous people. That one was dubbed, of course, The Snappening.

The reason I'm thankful for these is not what you're thinking (seriously, would you get your mind out of the gutter, please). But rather it's because you know how exactly how people are: they hear these stories about services getting breached, freak out for a day or two and then... get back to their lives. Remember the Heartbleed security bug that was going around earlier this year? Pretty much no one paid attention to that.

What will get their attention, though? Naked people. The media couldn't care less if eBay gets hacked; show up with a photo of Jennifer Lawrence without her clothes on and they will write stories on it for, literally, weeks. They will find literally any reason to keep that story in the news, while inadvertently  bringing awareness to a really important issue.

I'm thankful because there's nothing like having naked images of yourself being shared among strangers to maybe, just maybe, make people start to really take their own security more seriously and for them to start to be much more careful about what they store on their phones.

I feel bad for the people, celebrities and regular people alike, who were victims of these hackings. But let's be honest here: they were far too trusting in a really faulty system. And it took an incident of that magnitude to actually get Apple to finally plug in some security holes it had likely known about for a long time (all while still trying not to take any responsibility for the scandal).

Snapchat was not responsible for the leaking of its images (a third party site took the blame for the hacking) but it still serves as a reminder for people: we've all been too compliant for way too long about what we share, who we share it with and where we store our data.

If only it didn't take a nude photo scandal to make that clear.