Twitter is one of the biggest treasure troves of user data on the planet, and it has businesses, most likely literally, salivating at the prospect of getting their hands on it. Just getting the data is  not enough, though. They need more. They need something actionable.

And that's what they are about to get.

Twitter announced on Wednesday that it has partnered with IBM to analyze Twitter data. The point is to go beyond just seeing what is trending or what people are talking about; the data will be presented in such a a way that in will actually be help businesses made better decisions.

"From a data perspective, Twitter represents an enormous public archive of human thought that captures the ideas, opinions and debates taking place around the world on almost any topic at any moment in time," Twitter wrote.

"While companies have long listened to what their customers are saying on Twitter, complex enterprise decisions often require input from a lot of different systems. IBM’s expertise is in integrating complex systems and data to make better decisions."

As per the partnership, IBM will offer Twitter data as part of select cloud-based services, including IBM Watson Analytics, according to a post from Alistair Rennie, GM of IBM Business Analytics:

Also, using IBM’s Watson Developer Cloud or our BlueMix development platform, entrepreneurs and software programmers will be able to integrate Twitter data into their own cloud services and mobile apps.

In addition, Twitter and IBM also announced that they will be coming together to combine Twitter data and IBM’s analytics solutions into "a unique collection of enterprise solutions." According to Rennie, "the first target will be applications and services for sales, marketing and customer service."

The partnership with IBM was only possible because of Twitter's acquisition of social media API aggregation company Gnip, which gave the company the  ability to offer an enterprise-grade platform of data.

Despite all of the data it has, Twitter, frankly, has not yet made much money off of it. In the third quarter of 2014, $320 million of Twitter's $361 million revenue came from advertising. Only $41 million came from data licensing, a.k.a. Twitter actually selling that user data.

This partnership with IBM could be the first step toward expanding that revenue stream.

And let's not overlook the importance of gettting this data for IBM, a company that is looking for relevancy in both the cloud and in social. This type of partnership helps the company get in with a hip client, and allows it to get further away from its fading hardware business. 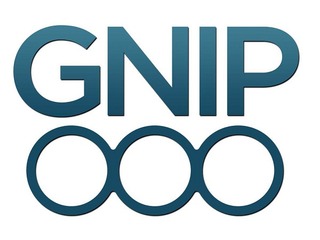