Unlike other companies, Facebook is not a company that typically releases guidance for the upcoming quarter and year.

In a conference call following the release of Facebook's third-quarter  earnings on Tuesday, CFO David Wehner revealed that the company, as part of its deal to purchase mobile messaging service Whatsapp, had agreed to file a statement to register for resale the 178 million shares issued to the Whatsapp stockholders.

"In light of our recent  acquisitions, and our plans to file this registration statement, we are providing some additional guidance this quarter, including a more specific outlook on the current quarter revenue, and a preliminary view on 2015 expenses," he said.

"This is a more detailed outlook than we have historically provided or plan to provide on future earnings calls."

Facebook now expects its full year 2014 GAAP expenses will grow between 45% to 50%, versus 2013. That number is an increase from a previous expectations of 30% to 35%, and is "primarily due to the impact of the Whatsapp acquisition on stock-based composition charges in the fourth quarter."

Total revenue for the next quarter is expected to grow between 40% to 47%. Wall Street consensus was for year-over-year revenue growth of 45%.

"As Mark discussed in his remarks, we believe that we have very substantial growth opportunities in front of us, and we plan to invest aggressively  to capitalize on those opportunies," said Wehner. "As such, we plan on 2015 being a significant investment year."

Investors were most displeased with these numbers, sending the stock down nearly 10% in after-hours trading, after having only gone down around 1.5% following the immediate release of the Q3 numbers.

Facebook posted revenue of $3.2 billion for the quarter, an amount over Wall Street's estimates of $3.12 billion. Adjusted earnings per share came in at 43 cents in the quarter, higher than the 40 cents a share that analysts had been expecting.

Advertising revenue was $2.96 billion for the quarter. It increased 59% from $2.02 billion in the same quarter the year before. Mobile accounted for 66% of that revenue, up from approximately 49% of advertising revenue in the third quarter of 2013. Facebook’s ad revenue had grown 67% percent year-to-year in Q2.

Revenue from payments and fees for the third quarter was $246 million, a 13% increase year-to-year. 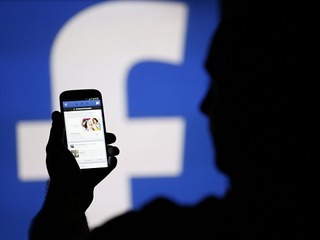