Kmart the latest retailer to find itself hacked

The breach follows a number of others, including Target, Michael's, The Home Depot and Dairy Queen 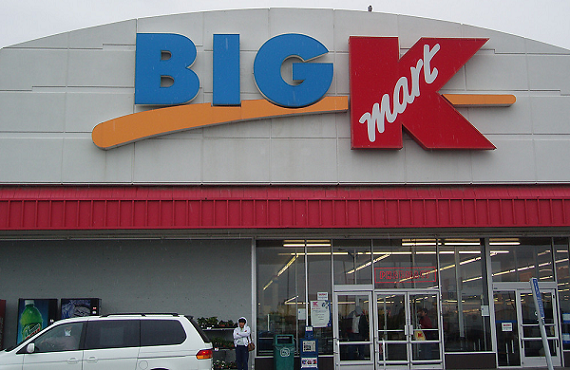 This is getting ridiculous. I'm almost at the point now where I'm becoming afraid of using my credit card in stores. Over and over again retailers are showing how vulnerable they are. The list goes on and on: Target, Michael's, The Home Depot, Dairy Queen. This has got to stop!

The latest to reveal that it was breached by hackers is Kmart, which announced on Friday that its systems had been hacked sometime in early September.

The system did not detect the breach until this past Thursday, in which both debit and credit card numbers were exposed. The exact number of potential victims has not yet been disclosed, however.

"According to the security experts we have been working with, our Kmart store payment data systems were infected with a form of malware that was undetectable by current anti-virus systems," the company wrote." "We were able to quickly remove the malware. However, we believe certain debit and credit card numbers have been compromised."

If there is a silver lining to this, it's what the hackers did not get; according to the statement from Kmart, no personal information, no debit card PIN numbers, no e-mail addresses and no social security numbers were stolen. Nor were any online shoppers put at risk.

Kmart will be offering free credit monitoring protection to any customers who shopped at its stores during the month of September through October 9th.

"Given the criminal nature of this attack, Kmart is working closely with federal law enforcement authorities, our banking partners and IT security firms in this ongoing investigation. We are deploying further advanced software to protect our customers' information," the company said.

As I noted before, Kmart is just the latest brick and mortar retailer to have its systems compromised. Remember when everyone was afraid of using their credit card online? Oh how times have changed.

The two retailers that were hit hardest were Target and The Home Depot. The cyber attack on Target occurred between November 27 and December 15 of last year, and is said to have potentially affected up to an astounding 70 million customers who shopped there and 40 million cards. The hack on The Home Depot took place between April and September of this year and put an ever larger 56 million payment cards at risk.

When Michael's was hacked earlier this year, it put 3 million cards at risk. And earlier this week Dairy Queen revealed that it too was breached, though the exact size and scope has not yet been revealed.

These are not small-time operations we are talking about here; these are some of the biggest retail chains in the country. The fact that they were so ill prepared for situations like this, especially for the ones that had their systems hacked after Target, is shameful.