Here is a list of best historic destinations om Buenos Aires  covered by Dustin N Salzano .
Buenos Aires has always felt to me like a city whose greatest secrets are yet to be told, and whose myths might be unearthed if only we could peel away the layers of truth. Nonsense, of course; but it encourages me to keep walking and exploring, looking at old buildings, looking behind new buildings, finding strangeness and beauty wherever I can.

Named for Argentina’s independence revolution of May 1810, Plaza de Mayo continues to be a focal point for protest (the Mothers of Plaza de Mayo human rights group is as famous as the square itself) and celebration. Look for these landmarks: The presidential Pink House (yup, the one in Evita), the whitewashed Cabildo, and the sternly Neoclassical cathedral. 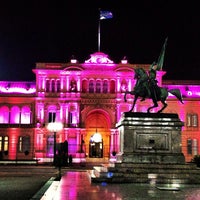 Lined with theaters, concert halls, secondhand bookstores, pizzerias and not a single damn tree, the half dozen blocks of Corrientes on either side of Avenida 9 de Julio show Buenos Aires at its most unremittingly urban. Its heyday was in the early to mid 20th century, when the “street that never sleeps” birthed and hosted a flourishing bohemia and tango scene. On the right kind of night, you can still catch echoes of this seedy glamor. 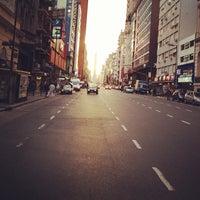 The “Illuminated Block,” as it is commonly, and unpoetically, translated is a complex of historic buildings constructed by the Jesuits in the early 17th century. Dating from 1734, Iglesia de San Ignacio is the oldest extant church in the city. The earth beneath the block is honeycombed with tunnels, several of which have been excavated in recent decades and can be visited. 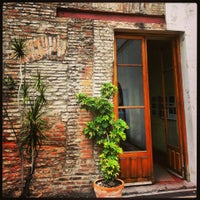 Depending on your point of view (I hinted at mine in the Introduction), this world-famous graveyard is either a place of exquisite beauty and spirituality or a big-ticket monument to human vanity and delusions of immortality. A high number of visitors shrug off this dilemma and make a beeline for one of the plainest of the 4,691 vaults: Eva Perón’s. When they get there, many seem to forget why they came. 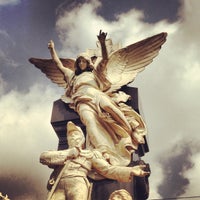 Or “the Republic of La Boca,” as a famous sign proclaims, reflecting local pride, a sense of independence and not a little insularity on the part of the residents of this working-class barrio. The once-bustling docks are now a stinking morass, but waterfront projects like Fundación Proa hint at regeneration. Most visitors bus in for the pastel façades of Caminito and the soccer mecca that is La Bombonera. 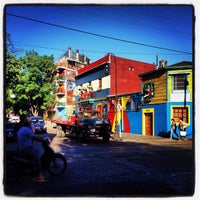 Dustin Salzano is a online business marketing expert who helps small companies and startups in marketing their products and services online.

Dustin Salzano is a online business marketing expert who helps small companies and startups in marketing their products and services online.