Advertising on Facebook has become a multi-billion dollar a year industry, and brands need a lot of help navigating the platform in order to deliver the best campaigns they can. Now two of Facebook's ad partners are joining forces, and combining their resources, to create what will likely become the biggest marketing developer on the platform.

Digital marketing software provider Kenshoo has acquired social and mobile advertising agency Adquant, it was announced on Tuesday. Financial terms of the deal were not disclosed.

As per the acquisition, Adquant executives and other key personnel will be joining the Kenshoo team, while Adquant’s clients will continue to manage their programs through Adquant's platform. Eventually, the two products will be integrated together "to provide clients with holistic digital marketing capabilities."

The Tel Aviv-based Adquant, which was launched in 2012, is a Facebook Preferred Marketing Developer (PDM) that powers social campaigns for mobile apps and games. The service has active campaigns running in over 100 countries. It is used by 1 in 5 of the top 50 grossing apps on Facebook, with customers that include Win.com, William Hill, Matomy Social, and eToro.

By acquiring the company, Kenshoo, which is also a Facebook PDM, will be able to bolster its offerings on both social and mobile.

"By joining forces, Kenshoo and Adquant are uniquely positioned to serve advertisers across all verticals and geographies with world-class digital marketing solutions," Yoav Izhar-Prato, co-founder and CEO of Kenshoo, said in a statement, "Injecting talent and technology like Adquant's will ensure Kenshoo stays ahead of the pace in the most important industries and continues to deliver strong performance for our clients."

For Adquant, Kenshoo's scale and resources will allow the company to grow quicker and stronger than it would have on its own.

"The resources and support of Kenshoo will help Adquant to build upon our foundation and drive further success for our clients. We look forward to leveraging Kenshoo's expertise and sharing ours to make our combined solutions even better," said Joe McCormack, co-founder and CEO of Adquant.

Kenshoo, which is also headquartered in Tel Aviv, is a search marketing technology platform. Its flagship product is Kenshoo Search, an end-to-end Search Engine Management platform, which automates the process of building and optimizing cross channel search campaigns.

It also offers Kenshoo Social, Kenshoo Local, Kenshoo SmartPath, and Kenshoo Halogen, and it directs more than $200 billion in annualized client sales revenue through the platform.

Founded in 2006, the company as 24 offices around the globe including regional headquarters in the United States, United Kingdom, and China. It has raised nearly $50 million in funding from investors that include Tenaya Capital, Sequoia Capital, Bain Capital Ventures and Arts Alliance. 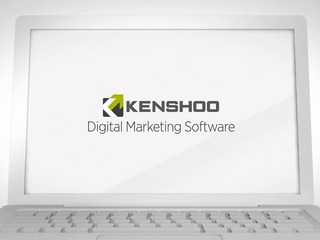