How new hubs are bringing the LA tech scene together 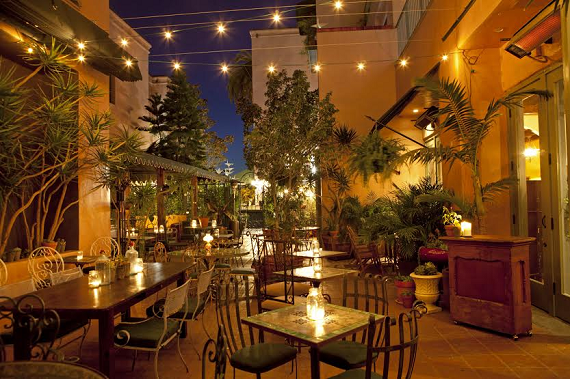 The tech scene in Los Angeles has come far in just a few short years, (as we have outlined in a our ongoing LA Tech series.

There is one thing, however, that I've heard repeatedly, from both entrepreneurs and venture capitalists about what's held the region from becoming a cohesive tech ecosystem, let alone the next Silicon Valley: LA's sprawling suburbs. There are a number of other reasons, but the main one is the city's layout. Raise your hand if you've sat in traffic for two hours for a 10 mile drive! Enough said.

Yet something in the startup Kool-aid is helping the tech digerati see what others might not.

"To an outsider, Los Angeles comes across as a very fractured city, but to an Angeleno there is a lot going on in the space, with some rich hubs," Kevin Lew, Director of Bixel Exchange, told me.

He noted that, while in the past there has certainly been some difficulty bringing them together to one place, that has begun to change. With the rise of accelerators, and co-working stations, the tech community is slowly coalescing.

"What is unique about LA is that we have different industries that are spread around," said Lew. "I don’t know if there can ever be one singular space in LA, but one can become more prominent in each part of town."

When I spoke to Efren Toscano, founder of TechZulu, he pointed to co-working spaces like Coloft, Cross Campus, Hub LA, WeWork, Blankspaces, and NextSpace as prime examples of the types of hubs that are helping to foster greater connections.

One name he mentioned was General Assembly, which Lew had also mentioned, and which he told me has "set up an incredible technically inclined education program." The institution, which is currently located in Santa Monica, is also working apparentky on a second space, to be located in downtown LA.

"Los Angeles is massive and at times it does make it hard to get from Santa Monica to Pasadena, however the community of Entrepreneurs/Startups is tighter then ever," Toscano said.

To Brian Mac Mahon, Chief Community Officer at Pay it Forward Labs, the problem stems from the local government not doing enough to help make the city smaller. Pay It Forward Labs is a mentorship program, located in LA, in which entrepreneurs can receive guidance from industry experts.

"Unlike San Francisco, where tech companies have a very structured path, we have a poor local government support system, few non-vested associations and even fewer investors.  LA Chamber are actually one of the very few who are actually involved in what we are doing here," he said. "Because of this poor support system we have a passion and hunger, which has the ability to create the greatest companies in the world and the next 5 years will be our tech gold rush.  When that happens then the people who make the pick axe handles will follow.  In the meantime we will be ok."

But, at the same time, he made sure to mention that things are, in fact, getting better.

"I do totally agree about the tech community being fragmented and lost and this has been a problem for a long time.  We are improving and there are a number of us who are part of this search for a structure around this."

Of course, it's not only accelerators and incubators that are attempting to become that sort of centralized hub for the LA tech scene; there are also a number of restaurants that are trying to do the same thing.

In a way they seem to be trying something equivalent to Buck's Restaurant’s in Palo Alto; a somewhat iconic place where some of the most famous Silicon Valley entreprenuers and VCs, like Jerry Yang, Marc Andreessen, and Elon Musk started some of their biggest ideas.

One of the more famous of these restaurants is 41 Ocean. A private club, 41 Ocean has become an integral part of the LA tech scene, especially in the Santa Monica area. I was able to talk to Jeremy Umland, the Founder and Managing Partner of Ozumo Concepts International, the company that owns 41 Ocean, about the restaurant, what role it plays and how it even came to find itself in this position in the first place.

VatorNews: What type of restaurant is 41 Ocean, exactly? Who is your typical clientele?

Jeremy Umland: As a members-only club, 41 Ocean puts an emphasis on our food. Executive Chef Jimmy Martinez, formerly of BOA Steakhouse, captures the true essence of California Cuisine through utilizing organic and seasonal flavors, even making weekly trips to the Santa Monica Farmer’s Market. As a member of 41 Ocean, you essentially have your own private chef, as Chef Martinez is able to customize any menu and tailor it to your specifications. We pride ourselves on being diverse, so while 41 Ocean’s typical clientele is on the Westside, we have traveling members from New York, San Francisco and even London, Paris and Dubai.

VN: Which members of the LA tech usually do you typically serve? Who from the tech community are frequent guests in your establishment?

JU: Some of our most frequent members of the LA tech community include Jason Nazar, Co-Founder and CEO of Docsto;  Erik Huberman, Founder and CEO of Hawke Media; Robert Lambert, Founder of Silicon Beach LA' Paul Bricault, CEO of AmplifyLA, and several other well-known startup founders.

VN: How do you see 41 Ocean fitting into the LA tech scene? What is your role?

JU: 41 Ocean’s proximity to Silicon Beach allows us to provide a place where the tech community can socialize with like-minded individuals. We love being able to offer a social and comfortable place that is not only right in the heart of the tech scene, but is also diverse and allows those in the tech community to socialize in an enjoyable atmosphere.

VN: How do you help to the serve the community?

JU: 41 Ocean has over 600 members, and we enjoy being able to provide the tech community with a multi-faceted location, perfect for a private event space, meetings or company mixer. All amenities in the club are tech-driven as well, such as a state-of-the-art sound system, 2 retractable projectors for meetings and events and complementary Wi-Fi. While 41 Ocean wishes to provide a comfortable workspace by day, we also strive to create a social environment at night, through musical entertainment, poker nights, and other communal activities.

VN: What are the challenges of serving the tech community? I’ve heard from people who live in LA that one of the challenges is that the city is fractured, and that tech scene lacks a central hub. Is that something that 41 Ocean would like to be?

JU: There is no doubt that the tech scene in LA is fractured, but at 41 Ocean, we have enjoyed the diversity that this fracture has brought. When we first opened, we did strive to be a tech-focused scene, but because it is fractured, we ended up gaining a diverse group of members. We would love to be a central hub, but we enjoy the diversity of our members and don’t discriminate against certain professions. Some tech people may only want to socialize with tech people, but we’ve found that certain professions in technology want to intermingle with those in entertainment, music, etc.

VN: How did 41 Ocean first become an important part of the LA tech scene? What steps, if any, did you take to make that happen?

JU: When 41 Ocean first opened around 2 years ago, we had no idea that we were in the heart of such a fast-growing community. An article in The New York Times from March of 2014 even mentioned 41 Ocean as an untapped opportunity in an article surrounding Santa Monica as the new Silicon Valley. Once we realized that we were part of such a growing community in Silicon Beach, we started doing tech-focused events, concentrating all efforts on bringing in those people of the tech community.

JU: At 41 Ocean, we’re very close with our members and are able to partner up with those in the tech community. We are fortunate to be able to provide a social club that strives to put an emphasis on innovatively curated events, such as our speaker series and tech-focused mixers.

VN: How does one become a member of 41 Ocean?

JU: The first step is applying online. This can be found online under the “Member Club” tab, which will lead to an application that can be filled out and submitted on the website.

41 Ocean receives around 500 per year, these are just general inquires not including member referrals, and we accept about half.