Users can now store the pages, links and places that they don't have time for right away 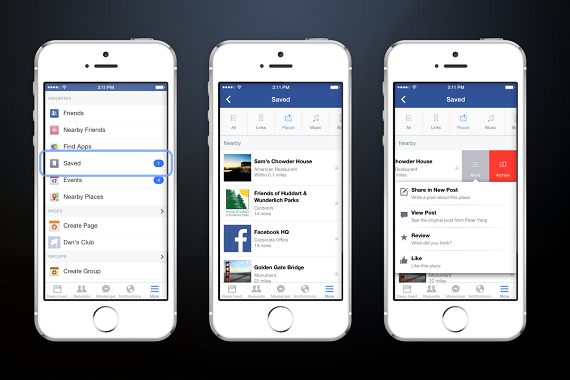 All I have to say is: finally!

When I'm looking at Facebook, I am constantly finding myself scrolling over videos and links that I simply don't have time to watch right now. Now, in a move that it I believe should have made, literally, years ago, Facebook has finally gotten around to adding a save button on its network, to allow users to take posts, pages and place and access them later.

The feature is, of course, called Save and it works exactly how you think it would: when something pops up a users News Feed that they want to read, watch or listen to, they can click the drop down menu on the upper right-hand corner (the thing that looks like a downward pointing arrow) and they will have the option to add it to their Saved List.  If the user wants to save a page, or a place, the Save tab is located under the profile photo, right next to the "like" button.

The list of saved items is organized by category, and can be shared with friends, though it will automatically be set to only be visible to the user. Facebook will also send out occasional to users that they have saved items, because you know that stuff is going to start piling up really quickly.

This is all so simple, isn't it? Seriously, can anyone tell me what took them so long to introduce this? I first heard about them testing it nine months ago!

Perhaps it is because it was not until recently that Facebook really started putting in major effort to make the News Feed as good of an experience as it could be, and making it a place for high quality news and posts. But that is what the company has spend the last year, and six month especially, doing.

In December, Facebook announced that it would be highlighting "high quality content" over other types, including memes. In April, it took aim at spam content on the Feed, giving the boot to "like-baiting," overly reshared content and spammy links.

A report in October that found that a full 30% of adults in the United States get their news from Facebook. Giving people better content, and allowing them to save it for later, are two obviously steps to get that number even higher.

Now, if you'll excuse me, there's a video that sets Game of Thrones to "Everybody Wants to Rule the World" that I have to add to my saved list! 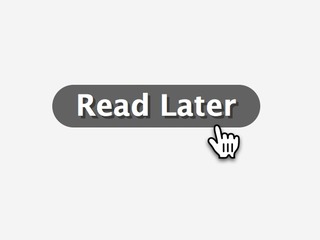