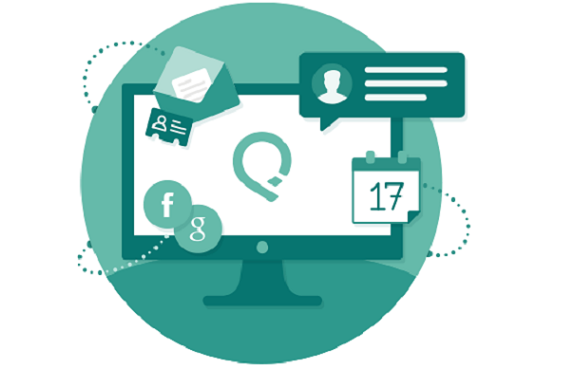 There is a lot of talk about big data these days with companies like ccustomer relationship management service Salesforce leading the way. A new generation has begun to emerge in the space though, which make the process move faster and  easier.

For the larger CRM companies, this poses a threat, but also an opportunity to bring  their operations into the future. Thats why Salesforce has gone out and purchased one such company, relationship intelligence platform RelateIQ, it was announced via a blog post on Friday.

RelateIQ uses machine learning to take data from multiple soures and applications, including  e-mails, calendar and phone calls, in order to automate the process and help salespeople make the best use of their time.

For example, it will capture customer interactions automatically they come in; merge contacts across the team; augment records with data from around the web, such as links to LinkedIn and Twitter profiles; use intelligence data to sort the pipeline by the people who need the most  urgent attention; and flag unanswered emails on the customer's home page.

Now, as part of Salesforce, RelateIQ will help its new parent company push onto the next level, Steve Loughlin, founder and CEO of the company, said.

"We believe this offers our customers the best of both worlds. Salesforce.com pioneered the shift to enterprise cloud computing, redefining modern CRM as we know it. As you know, RelateIQ is pioneering the next generation of intelligent computing through data science and machine learning," he wrote

"Looking ahead, salesforce.com’s acquisition of RelateIQ will extend the value of salesforce.com’s #1 CRM apps and platform with a new level of intelligence across sales, service, and marketing."

Salesforce has agreed to pay up to $390 million for the accquisition, it was revealed in a filing with the Securities and Exchange Commission.

Under the terms of the deal, all of RelateIQ's outstanding shares will be cancelled and converted into shares of the Company’s common stock with an aggregate value equal to $350 million. In addition, Salesforce will also be paying out an additional $40 million, to match RelateIQ’s cash balance.

The filing also says that RelateIQ will become 'a wholly owned subsidiary" of Salesforce, and Loughlin makes it sound as though the company will be continuting to operate as a separate entity.

"If you’re a customer of RelateIQ, rest assured that we’ll continue to provide you with the exceptional service and extraordinary products you’ve come to expect from us," he wrote. "For RelateIQ, this is only the beginning."

The transaction is expected to close in Salesforce's  third fiscal quarter at the end October.

Founded in 2011, RelateIQ has raised $69 million, most recently a $40 million round in March. Investors in the company include Redpoint Ventures, KPCB, Felicis Ventures, News Corp.; Formation 8 and Accel Partners.

VatorNews reached out to Salesforce for comment, but the company had nothing to add beyond Loughlin's blog post.