Does Yelp have a case against Google? 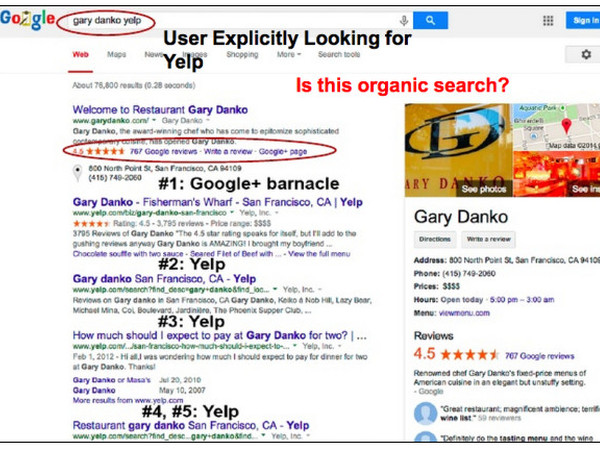 Google has long faced accusations of having a conflict of interest between its role as a search engine and its role as a destination. The latest accusation: that Google is siphoning clicks away from Yelp in favor of Google+.

Yelp has joined an EU antitrust case against Google, in which it has submitted a study that supposedly proves that Google is intentionally tampering with its algorithms to position Google+ preferentially over Yelp, even when users are specifically searching for Yelp reviews.

The study used random people recruited online, nixing a surprising 48% who said they weren’t familiar with Yelp as a review site (what?). They were then asked to search for reviews of the Gary Danko restaurant in San Francisco. A search of “Gary Danko Yelp” turns up a link to the official site, to which the restaurant’s Google+ page is linked.

While 80% of clicks went to Yelp’s page, a full 19% went to the first result—the Gary Danko official website. Now, the study concludes that Google+ is siphoning away 20% of clicks, but it’s worth noting that in actuality, the vast majority of those siphoned clicks were actually for the official website—not the Google+ link. In fact, only one click went to a Google+ link—that for writing a review. There were no clicks to the Google+ page, itself. 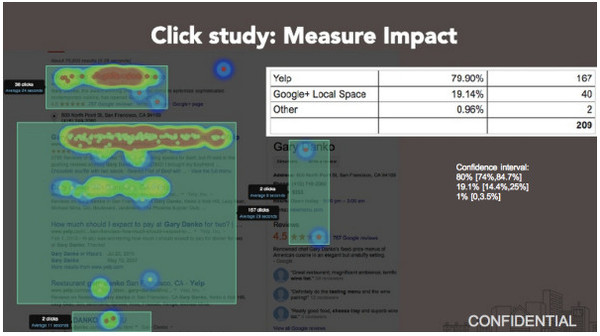 Similarly, if you search “Samovar Tea Lounge Yelp,” the search results turn up the Yelp page alongside a giant Google+ card that takes up the bulk of the page.

I, personally, have not been able to replicate these results with any other restaurant in San Francisco, but Google’s search algorithms are always changing and being tweaked. I searched for “The French Laundry Yelp,” “Rich Table Yelp,” “Blue Bottle Coffee Yelp,” and “Aziza Yelp,” and in every case, the very first result was the Yelp page—even above the official website.

The study notes that the strange Gary Danko and Samovar Tea Lounge results don’t appear to negatively impact Yelp’s overall traffic—only that Google “appears to be intentionally serving up search results that contradict the users’ intent in order to preference Google+.”

It does seem strange that a search for “Gary Danko Yelp” turns up Google+ links while searches for other restaurants don’t, even though there doesn’t appear to be any difference in the development of their Google+ pages… 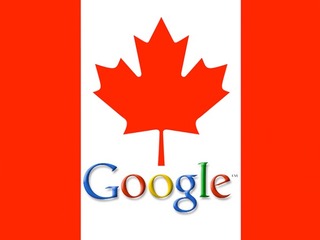 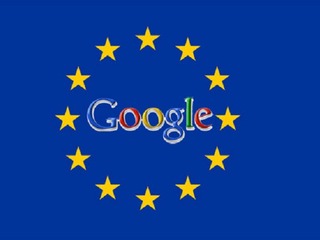