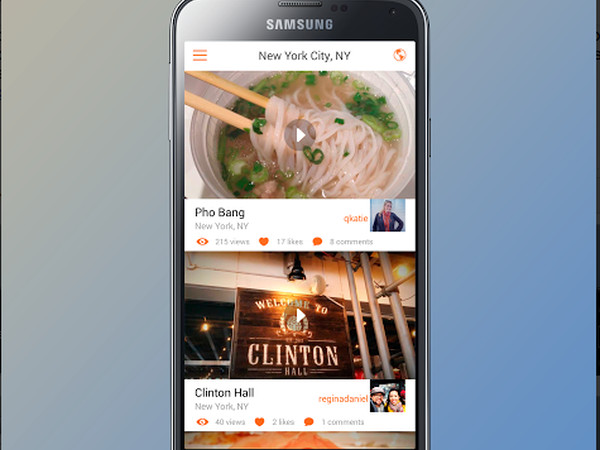 I went through a Food Network phase a while back where I was watching Ina Garten, Paula Deen, Giada de Laurentiis, and Ree Drummond make amazing meals, and I was like, “that looks awesome.” And then I’d get all sad at the realization that I’m never going to make that, because I make lasagna with store-bought spaghetti sauce.

I would much rather ogle foods that I can just go out and buy—which is what the Tastemade app is all about. The app that aims to be the Food Network of mobile announced Thursday that it has raised a $25 million Series C round led by Scripps Networks Interactive, with help from Liberty Media.

The round follows on the heels of a $10 million Series B that the company raised last summer from Raine Ventures and Redpoint Ventures. Since then, the company’s user base has grown to 18 million unique monthly visitors from 12 million. Users come from cities across 40 countries and are uploading videos in 12 different languages. Co-founder Larry Fitzgibbon says that the app is currently most popular in Los Angeles and San Francisco, where many of its early adopters are based.

After launching its iOS app last July, the company now has plans to push out an Android app later this month.

“The app has had hundreds of thousands of downloads and our Tastemakers are actively creating ‘raves’ about their favorite dishes and food destinations around the world. With the Android version launching next month, we’re excited to engage with an untapped audience of millions more,” said Fitzgibbon.

Tastemade has been around since 2012 as a YouTube food network. The app is a slight departure from the YouTube network, which features more cooking shows. The mobile app is specifically for restaurant reviews—or rather, restaurant raves.

The idea is that users go to their favorite restaurant and shoot a bunch of small clips that they can then edit in minutes to create a fully functional, polished, one-minute “episode.” The app features a handy guide that walks users through the process of creating their own episode, and when it’s done—bam, you have a little “show” that would’ve taken you ages to edit from raw video on your computer.

“Both Scripps Networks Interactive and Liberty Media have a deep understanding of the market opportunity Tastemade is leading. We will use this funding to build out our engineering team and the technologies that drive our business, as well as to expand content partnerships with leading brands, reaching millennial consumers interested in exploring new ways to share and celebrate food,” said Fitzgibbon. 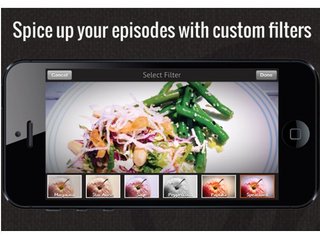