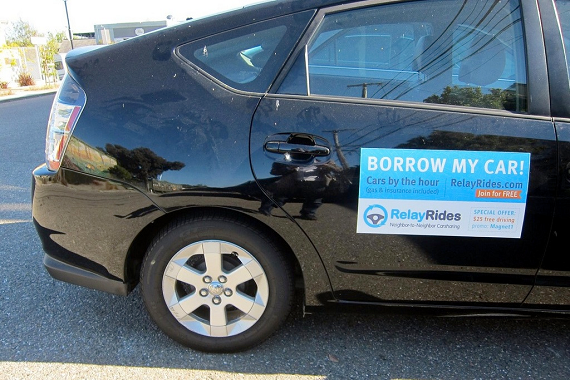 The transportation market has seen a number of different companies pop up in recent years to turn it on its head, including Uber, Lyft, Sidecar and Hailo. One that stands out from that pack is RelayRides.

A peer-to-peer car rental marketplace, the company does not simply make it easier for users to get a cab from point A to point B. It actually allows people to rent out their cars to other people, putting it closer to an Airbnb than an Uber.

Now RelayRides has raised $25 million in Series B funding, the company announced on Tuesday. The lead investor in the round was Canaan Partners, who was joined by existing investors August Capital, Google Ventures and Shasta Ventures.

RelayRides had previously raised $19 million, including a $10 million Series A from Shasta Ventures and entrepreneur/environmentalist Lisa Gansky, along with Google Ventures and August Capital, in August 2011. This latest funding bringing the company's total raised to $44 million.

San Francisco-based RelayRides was founded in 2008 and was launched nationwide in 2012. The company, which started in Boston and San Francisco, allows car owners to share their vehicle with friends and neighbors for a fee.

RelayRides, which was one of the top 10 finalists of Vator's first startup competition in 2010, originally focused on hourly, on-demand rentals, the company began pivoting away from that model a few years ago, Steve Webb, the company's Director of Community, told me, and toward longer duration rentals, including weekly and monthly. The company now no longer charges an hour rate.

RelayRides also began to emphasis airport travel, in which users can rent cars directly at the airport. After just one year, RelayRides now provides 92% of air travelers with access to the benefits of peer-to-peer car rentals. Since launching airports a year ago, RelayRides has expanded its coverage to over 300 airports in the United States, and its airport business has achieved a 34% monthly growth rate.

"This new funding is a great validation of the fact that that transition was right decision," Webb told me.

The company says that its latest funding will be used to accelerate customer acquisition, enhance existing products and expand into new geographies and services.

Webb could not tell me specifically where the company plans to expand to geographically, though he did say that it would  be both internationally and domestically.

As for new services, one thing that the company is currently experimenting with is a valet service as San Francisco International Airport. It works like this: the owner of a car takes it to SFO and drops it off with an attendant. The owner then takes shuttle to terminal, and once they leave the car can then be rented. Either way, the owner gets free airport parking, but if the vehicle is rented they also get paid 10 cents per mile.

Since launching nationwide in March 2012, RelayRides says that it has grown rental bookings by 14 times.

In addition to the funding, RelayRides also announced that Canaan Partners General Partner Deepak Kamra will be joining the company's Board of Directors.

"When we going through the process we had several VC's who offered term sheets, so we're happy to say that we had the pick from several interested parties," Webb told me. "Deeprak was the best because he believes in our business model and our mission."

In addition, he also has a lot of experience as an investor, especially when it comes to bringing companies to point where they can IPO. In all, Kamra has managed at least 10 companies through an IPO. So, of course, that begs the next question: is an IPO in RelayRides' future plans?

Yes it is, according to Webb.

"We don’t have timeline, but its certainly an aspiration," he told me. "We think that this is billion dollar business eventually. One of our possible outcomes, one of our desired outcomes, is an IPO." 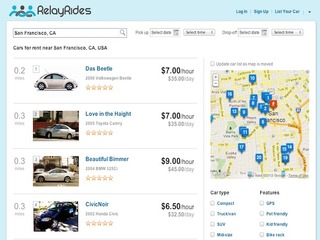 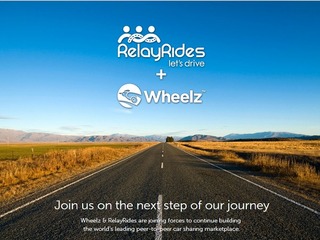