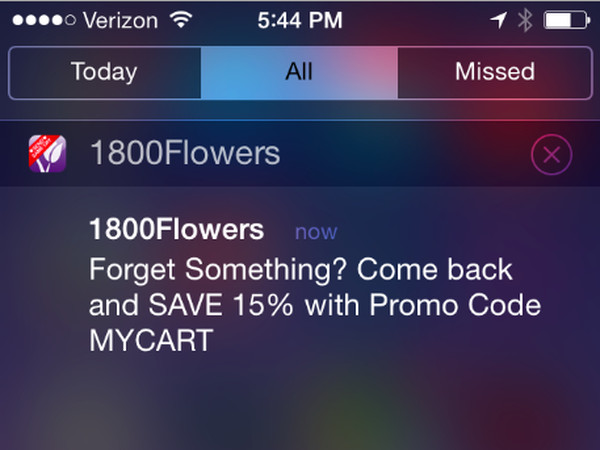 I do this thing where I tell myself, “I’m totally going to buy that really awesome thing on the Internet, consequences be damned!” And then I add it to my shopping cart and immediately click out of the page to avoid having to make any real, adult financial decisions. Because that’s how I roll.

Turns out, I’m not the only one who does that. Shopping cart abandonment is actually pretty high—especially on mobile devices. Some 88% of mobile shoppers start a transaction, but ultimately don’t follow through on it.

To target those users and coax them into buying that really cool thing on the Internet, mobile marketing automation company Kahuna is debuting Conversion Campaigns.

There are tons of marketing campaigns designed to pull mobile users into e-commerce apps and websites, but Conversion Campaigns goes a step further by targeting those users who have demonstrated an interest in a particular item by putting it in their shopping cart, and simply reminding them that it’s there.

The feature works by allowing mobile commerce companies to send push notifications to users (as pictured above), in-app mobile messaging, or use Facebook advertising to reach out to those customers who abandon their shopping carts (one of the drawbacks of simply walking away from my shopping cart is that that really awesome thing ends up following me for weeks afterwards…).

Several Kahuna clients, including Karmaloop and 1-800-Flowers.com, have been testing out Conversion Campaigns for the last two and a half months and have already seen an 18-33% revenue lift from mobile users.

“Kahuna is finding users who have shown implicit interest in purchasing,” said CEO Adam Marchick. “Combining that with the real-time nature of push notifications and the ease of purchase on mobile, we are seeing a majority of purchases happening within 30 minutes of a user receiving a conversion campaign message.”

Marchick added that push notifications tend to see the biggest response from mobile users, likely due to the fact that they’re fewer clicks away from purchase.

Of course, users have to opt in to receive those push notifications, and the industry standard for push opt-ins is 51%. Apps with great user onboarding experiences can see opt-in rates as high as 78%. So for those who choose not to opt in, Kahuna uses in-app messaging to coax them into completing their purchase if they haven’t done so within a specific time frame.

Launched in late 2013, Kahuna counts major brands like Yahoo, 1-800-Flowers, and the New England Patriots as customers. The company has differentiated itself from other mobile marketing automation companies via its unique AtoE testing and Push Response Tracking.

Kahuna’s AtoE Testing allows marketers to simultaneously test five different messages among a control group to find out which one resonates most effectively. From there, marketers can track their messages via Kahuna’s Push Response Tracking, which analyzes different inputs and reactions to push messages, and integrates that information to provide data on how audiences respond to campaigns.

The company raised an $11 million Series A round back in February from Sequoia Capital.

“The moment we told our customers about this capability, we were inundated with calls and emails to help get them set up. Conversion Campaigns are a no-brainer for mobile-focused brands and apps,” said Marchick. 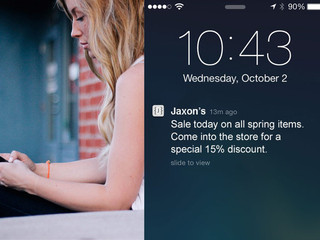