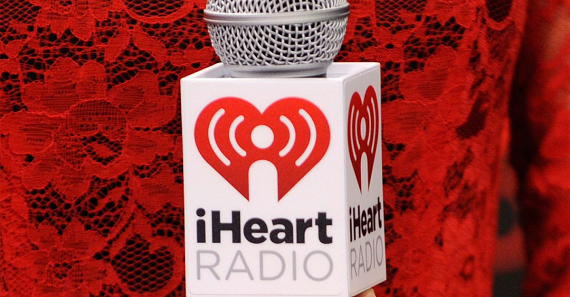 I almost never listen to the radio anymore.  And when I do I almost never find anything I like. i tried hooking up my iPod to the radio, but the reception was awful. For me, I'd rather listen to what I want, when I want. There's a reason that the radio format was so successful for so many years, though: people really like it.

For proof, Just look at the success of Pandora. The company, which creates custom radio stations, has more than 250 million registered users, making it is the largest music streaming service out there. But that might not be the case for much longer, as another, similar service just announced some mighty impressive user numbers and growth.

Clear Channel's iHeartRadio revealed on Tuesday that it had reached 97 million unique listeners in the month of May, and that it now has 50 million total registered users. (A listener does not have to register with iHeartRadio in order to use the service, but must if they want to create a custom station.) And that growth has all come in less than three years.

VatorNews has reached out to iHeartRadio to find out how many users are active. We will update if we learn more.

In addition, the company says that its app has been downloaded 345 million times, and that it has gained 15.4 billion social impressions from is events, including the iHeartRadio Music Festival, Ultimate Pool Party and iHeartRadio Music Awards. There is obviously a huge amount of room for the company to grow, and it could happen very quickly.

The iHeartRadio service acts as both a music recommender system and a radio network that aggregates audio content from over 800 local Clear Channel radio stations.

So how does its numbers compare to other services in the space?

First there is Spotify, which recently announced that it  had 40 million active users, with 10 million subscribers. Then there is Rdio, which was actually founded by Janus Friis, the co-creator of Skype, offers access to over 20 million songs in 51 countries around the world. The company has not revealed the exact number of users it has.

Deezer had only five million paying subscribers as of November 2013. Meanwhile, Last.fm shut down its streaming service entirely in March.

With these new numbers,  iHeartRadio looks to be a service that we, and Pandora especially, should be keeping an eye on in the coming months and years.