After two months, Nest smoke detectors now back on sale 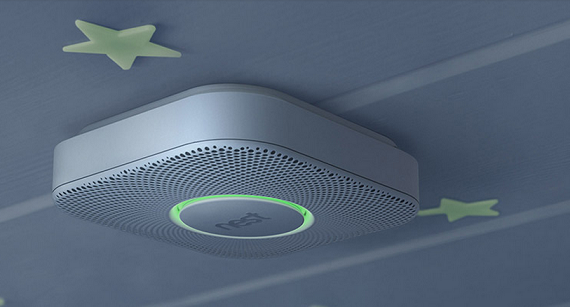 It has been two months since Nest pulled its Protect smoke detector and carbon monoxide detector off the shelves due to a potentially harmful feature. Now the devices are finally back. And at a reduced price!

The company announced in a blog post put up late on Monday that the devices were once again being resold, at a price of $99, down from the $130 it had been selling for at the original price.

The whole thing started late last year when Nest, which had not yet became a part of Google, began branching out a bit, debuting new carbon monoxide and smoke detectors, also known as Nest Protect devices, in October.

One of the key features that Nest promoted on those devices was Wave, a feature that let people silence the alarm by waving their hand under the sensor. Eventually the company figured out, though, that doing so might also wind up turning off the alarm altogether. Which could be a big problem is, you know, the customer actually had a fire or carbon monoxide in their house.

Even though the company had not actually heard of any customers having the problem, it announced in April that, as a precaution, it was automatically disabled the Wave feature for those connected to the Internet, and afforded a complete refund for all customers who wanted to return the device.

At the time, Tony Fadell, CEO of Nest Labs, promised to find a way to fix the problem. So far, though, the company has not been able to do so. Nest told Gizmodo that it was still working on fixing the feature, and could potentially reactivate it at some point if they can make it safe. But for the time being, the Wave feature is still being disabled on any new devices that the company sells.

In addition, Nest also took this opportunity to release its first CO white paper, which the company says "contains several notable findings about the nature and length of CO events." The data collected from the alarms suggests that a total of 0.15% of homes experienced a CO event per month between November 2013 and May 2014.

The events ranged from 3 minutes to over 24 hours, with a median of 1 hour and 17 minutes.

"With hundreds of thousands of Nest Protects already installed and connected to the Internet, we’re able to analyze actual CO events on a scale that’s never been done before," the company wrote in the post. "We're very pleased that Nest Protect is once again available to customers. And now, the price is $99 to make it accessible to as many people as possible."