Don't worry, the company is going to get back to making cool gadgets 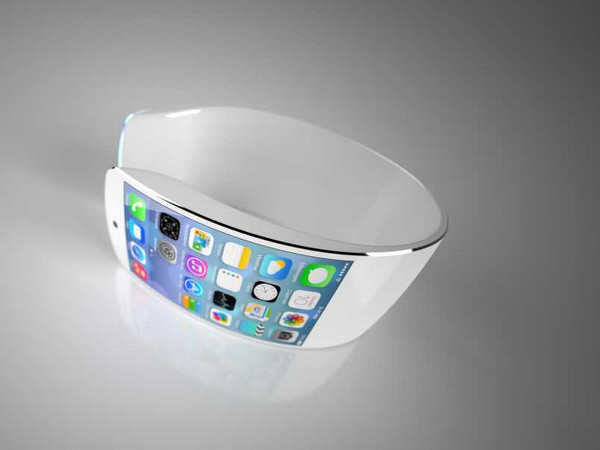 I’ve checked out other health trackers and smartwatches, but I’m saving myself for someone special. I’m not going to give it up (i.e. my wrist) for just anyone. And when the right one comes along, I’ll be glad I waited.

Apple’s iWatch is reportedly just around the corner, according to Nikkei. The Japanese news site says sources have revealed that the iWatch will be shipping in October. Other analysts have said the smartwatch would be shipping in the fall, but this is the most definitive time frame we’ve gotten yet.

And the company is anticipating high demand. An unnamed parts manufacturer is planning to produce 3-5 million units a month.

Global smartwatch shipments for the entire year of 2013 peaked at 1.9 million units, according to Strategy Analytics. And Canalys has projected that smartwatch makers will ship 8 million units in 2014 (a number that’s expected to balloon to 45 million by 2017).

As we’ve heard before, it will likely be a curved OLED touchscreen and will collect health data like steps taken, calories consumed/burned, sleep cycles, as well as more complex blood data points, such as blood glucose levels and blood oxygen levels. And, of course, it’s a smartwatch so it will come with some basic smartphone functions as well.

Earlier this week at WWDC, Apple unveiled the new Healthkit app for iOS 8, which curates data from a wide swath of different health apps and devices. And it’s partnered with the Mayo Clinic and Nike to converge the user’s medical data with their typical health stats (Craig Federighi used the example of having your blood pressure measured by a doctor and then having that data compared against your usual blood pressure stats via Healthkit).

Nikkei is reporting that Apple has also teamed up with the Cleveland clinic.

News broke in April that Nike was scrapping its Fuelband business, which the company has denied.

Nike and Apple have worked closely together since 2006 (Tim Cook sits on Nike’s board of directors), and it seems likely that the two will combine forces on the iWatch. Nikkei reports that sources have said that Nike will indeed be discontinuing its device to focus on software. Nike has previously collaborated with Apple on Nike+Running, Nike+Training Club, Nike+Fuelband, and Nike+Move.

Canalys estimates that some 9 million health trackers (like Jawbone UP, Basis, Fitbit, etc.) will be shipped in 2014, but that over the next few years, health trackers and smartwatches will begin to converge. 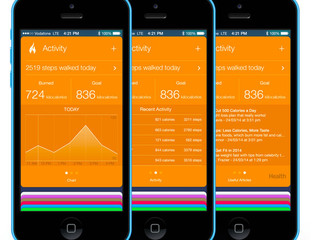