As the housing market grows, so too does Houzz's user base 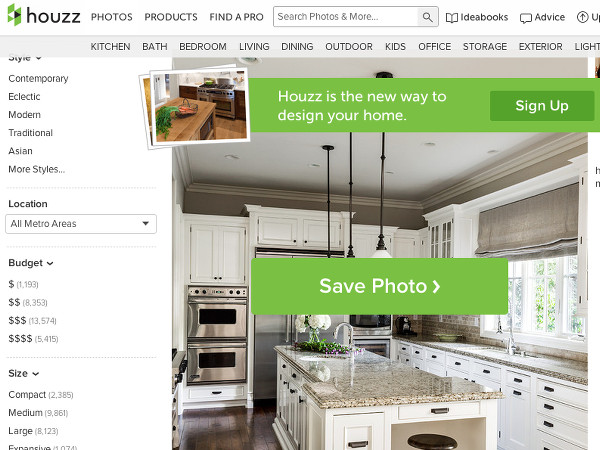 If there’s one thing I’m supremely bad at, it’s home décor and design. Thankfully, my husband is all about that stuff and has single-handedly made our house look like classy, upstanding people actually live here.

I do, however, like to look and imagine myself decorating our house with actual things. For that, there’s Houzz, which reportedly just raised a whopping $150 million at a post-money valuation of more than $2 billion.

Founded in 2009, the Palo Alto-based company is part Pinterest, part marketplace. The site is chock full of ideas for home décor—everything from architectural design and flooring to artwork, throw pillows, and rugs.

The company told me that it is currently seeing 20 million monthly users, which is less than half of Pinterest’s 55 million monthly visitors, according to comScore. But on Pinterest, home décor is the most popular pinboard category, accounting for some 11% of pinboards.

Earlier this year, the company announced its plans to expand overseas with new offices in Berlin, London, and Sydney. At that time, it said that some 35% of total users are outside the U.S.

Also in January, Houzz’s mobile apps had seen a total of 12 million downloads, one-third of which were downloaded by overseas users.

The company saw rapid growth in 2013, tripling its headcount to 170 employees from 50.

Does that justify Houzz’s $2 billion valuation, though? That’s what many have been asking of the sky-high valuations of many Silicon Valley darlings. Airbnb was recently valued at $10 billion, even though it only generated some $250 million in 2013. Meanwhile, its competitor, HomeAway, generated $346.5 million in 2013 and only has a market cap of $2.88 billion.

Box was also recently valued at $10 billion, even though its revenues also don’t seem to hold up. And Uber, which generated some $1 billion in revenues in 2013, is raising a round at a $17 billion valuation.

We’ll update if/when we hear back from Houzz. 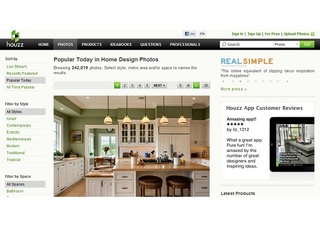