With Apple possibly buying Beats, the competition is only going to be hotter for Spotify 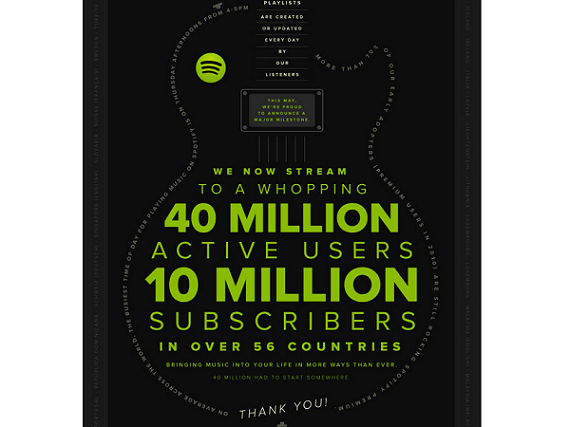 In terms of music streaming companies, there is Pandora, with its more than 250 million registered users, and then there is everyone else. Sitting at the top of that "everyone else" is Spotify.

While it remains the second most popular service, Spotify is also the company most likely to be toppled, or at least hurt, by another company making a big, aggressive move into streaming. For example, Apple deciding to purchase Beats Music.

A move like that is a potential game changer for the entire space, but more importantly for Spotify than for anyone else. So what is the company to do? It can start by securing its position above all comers by revealing some very impressive user numbers and growth.

The company revealed on Wednesday that is has passed 40 million active users, with a quarter of those, 10 million altogether, as paid subscribers.

Last we heard, in March of last year, Spotify had over 24 million active users, with six million paying subscribers. That means the company has been added roughly one million users every month.

The company has also been aggressive in its expansion over the past year as well. Last year, the company made its first moves into Asia by launching in three countries on the continent: Hong Kong, Malaysia, and Singapore. It also launched in five other countries at the same time: Mexico, Estonia, Latvia, Lithuania, and Iceland.

Spotify also launched services in Taiwan, Greece, Argentina and Turkey. In all, it is now active in 56 countries around the globe.

These numbers tell us one thing: Spotify has a solid position in the space, and it is not going anywhere. I mean, just compare it to its competitors:

Rdio, which was actually founded by Janus Friis, the co-creator of Skype, offers access to over 20 million songs in 51 countries around the world. The company has not revealed the exact number of users it has.

Deezer had only five million paying subscribers as of November 2013. Whenwhile, Last.fm shut down its streaming service entirely in March.

So who does Spotify have to worry about? Perhaps Beats Music, if Apple gets its hands on it.

When it first launched, Beats allowed AT&T wireless customers who subscribed to a family offer of Beats Music (to get the service for $14.99 a month and install it on up to 10 devices) got the first 90 days of the app for free. AT&T customers who did not qualify for the family offer got their first 30 days free.

The promotion was apparently successful: 28,000 customers enrolled, and more than 70% have been converting to becoming paid subscribers. The app signed up about 1,000 paying subscribers a day in its first month.

The service is very young, having launched in January, and though user numbers have been somewhat disappointing so far , there is still plenty of time for it to grow. Give it access to Apple's iTunes customers, though, and it could explode.

Apple, of course, already has another music streaming service: the Pandora-like iTunes Radio, or "iRadio." That service has not exactly been setting the world on fire, so maybe Spotify doesn't have as much to worry about as we think. 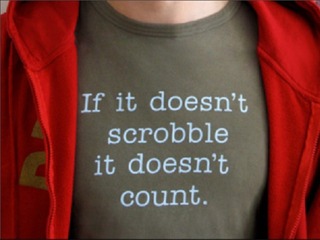