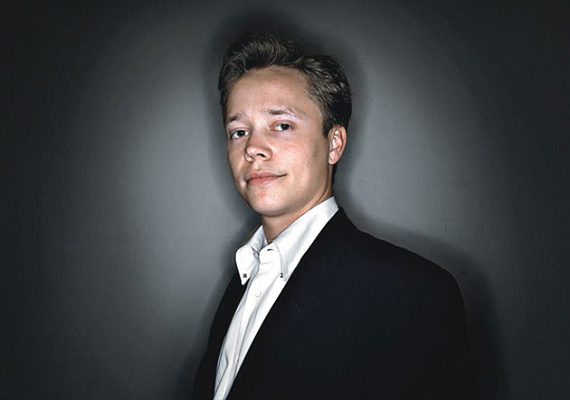 As a new technology, Bitcoin has had its share of controversy over the last year, especially the mysterious shutting down of Bitcoin exchange Mt. Gox. Even as the digital currently gained some wider acceptance, and at least some amount of stability, there is still a wide gap in knowledge and trust over it.

People barely understand Bitcoin right now, and they trust it even less. So the last thing that it needed right now was more bad press. And yet, once again, it is in the news for all the wrong reasons.

This time it has to do with Bitcoin Foundation, a nonprofit dedicated to standardizing, protecting and promoting Bitcoin, and the election of former Disney child star Brock Pierce as its newest director.

The election of Pierce is not sitting well with the Foundation's members, due to accusations in Pierce's past of pedophilia, drug use and fraud. As a result, at least 10 members of the organization have resigned over the decision, according to a report from Reuters on Friday.

At least some of those members have also taken to a Bitcoin Foundation forum to express why they are so unhappy with the direction that the Foundation is taking with this recent decision.

He then promised to increase his membership status if Pierce were to be removed.

"Please remove my name as a lifetime foundation supporter. I'm sorry, but in light of the recent allegations with the new foundation appointments, I cannot in good conscience be involved with such an organization," said another.

One other member cited Pierce, as well as Charlie Shrem, who resigned from the Bitcoin Foundation in January, and the resignation of Mt Gox chief Mark Karpeles in February, as signs that things are going in the wrong direction.

"This is not the direction this foundation needs to take. The foundation members need to emulate very high moral values and ethics in business and in personal dealings, especially as it involves money.  So far, the track record of prominent Bitcoin Foundation members has been abysmal.  I know that most foundation members are probably swell people and are not like this.  However, the acts of a few, have overshadowed us all unfortunately," he said.

"I no longer want to be associated with these people."

Pierce, a former child actor who played the lead in the 1996 kids movie First Kid, and was also played young Gordon Bombay in the Mighty Ducks, has been dogged by accusations since the late 90s, when he co-founded DEN online streaming video broadcaster Digital Entertainment Network (DEN), along with Marc Collins-Rector.

Collins-Rector eventually pled guilty in 2004 to 10 counts of luring minors across state lines for sex (these allegations were recently back in the news as Rector was again implicated in the lawsuit accusing X-Men director Bryan Singer of sexual abuse of a minor in April.) But Collins-Rector was not just accused being the head of a ring of pedophiles, but of forcing his victims to take massive amounts of drugs and also threatening to kill both them, and their families, if they did not comply. (You can read more about that Collins-Rector was involved in here. It is a pretty horrific read).

In addition to those charges, Pierce was also sued for fraud in 2007, in conjunction with another company he co-founded, Internet Gaming Entertainment. The suit was settled for an undisclosed amount.

VatorNews reached out to Pierce to get his side of the story regarding the resignations but he could be reached at this time and we will update if we learn more.

"Foundation elections are an open, democratic and transparent process. The Bitcoin Foundation bylaws are publicly available on GitHub and any member, at any time, can propose changes for improvement to the process.

Over the brief 20 months the foundation has been in existence, some members have participated in the process and submitted suggestions for change. Since the beginning, it has been clear that industry board seats are filled through a vote by the industry member base. Individual seats are voted on by individual members.

Out of our 1500+ membership base, while anyone could nominate a candidate, only industry members could vote because these were industry seats. The current bylaws are written to allow members to be engaged and suggest changes to that process at any time.

If members decide to cancel their membership (members can't "resign" because members are not elected and they don't hold official office), of which only about 10 have, then that is of course their choice and we respect that choice."