MakeSpace catalogs bins and uploads them to the cloud, allowing people to keep track of their items 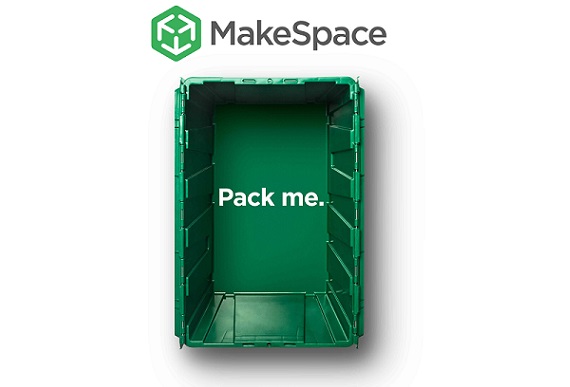 Back in a previous life, I used to work for film production company in New York City. Besides reading (mostly terrible) scripts, another part of my job was to walk over to the company's storage unit and pick up costumes and props. The thing was not all that close, and typically I didn't mind going over there since it got me out of the office, but it could be hell if the weather was bad.

It makes me wish that we had a service like MakeSpace, an on-demand storage provider based out of New York City. The company uses cloud technology to help people keep track of their belongings so that they can have them shipped at any time

The company announced on Thursday that it has raised $8 million in Series A funding. The round was led by Upfront Ventures, with new participation from Founders Fund and OATV, and all existing seed investors: Lowercase Capital, High Peaks Venture Partners, and Collaborative Fund.

MakeSpace was founded in November 2012, with the idea coming after MakeSpace CEO Sam Rosen's girlfriend had her house condemned following Hurricane Sandy.

"We could not remember where we put things we needed for the incoming storm for three or four days after," he told me.

So he started imagining a physical storage facility that worked the same as files do online: allowing people to search for their belongings, and catalog them, for easy reference.

There are three steps to how the service works: Users schedule a pickup, either online or by phone, and a delivery driver brings bins right to their door. The users packs your bins, writing what is on each one outside, and a MakeSpace “Uploader” then comes back to pick it all up.

Finally, MakeSpace takes the b ins to their storage facility and creates a visual catalog of what was stored so that the user can order it back within 48 hours for $29. MakeSpace takes a picture of the bins in storage, and users are able to access that picture, so they can see it, as well as the labels on the bins, in order to request a specific one.

MakeSpace's plans start at $25 a month for 4 bins, with an $6.25 a month for additional bins and oversized bins for items like golf clubs and skis.

Self-storage is $24 billion a year industry, with 1 in 10 American households renting a storage unit, but Rosen says it is one that has remained largely unchanged.

While there are other storage companies out there, like Box Butler and CubeSmart, they are not tech companies, he said, and therefore "haven’t been able to build a closet in the cloud" like MakeSpace has.

The company models itself somewhat after Amazon, using a similar economic model: it has a hub in New Jersey, which is able to accommodate multiple cities in the tri-state area, while setting up smaller distribution centers, like the one it currently has in Greenpoint, Brooklyn.

By moving the distribution warehouse outside of the city it keep prices the same, but still allows the company to deliver directly to the customer, said Rosen.

The company will use the new money to expand both operations and the core team. It currently employs 20 people, and plans to have 30 to 35 by end of year, adding software engineers, customer service support, members of the upload delivery team, management, design, sales and partnerships.

The company will also focus on offering new services like an iPhone application, with plans for an early summer release.

MakeSpace also plans to introduce another major city by the end of 2014, and it will be one on the east coast, Rosen said, possibly Boston or Philadelphia. The company plans to scale the east coast first, and hope to be national within the next few years.