Lyft takes off: hits 24 new cities in one day 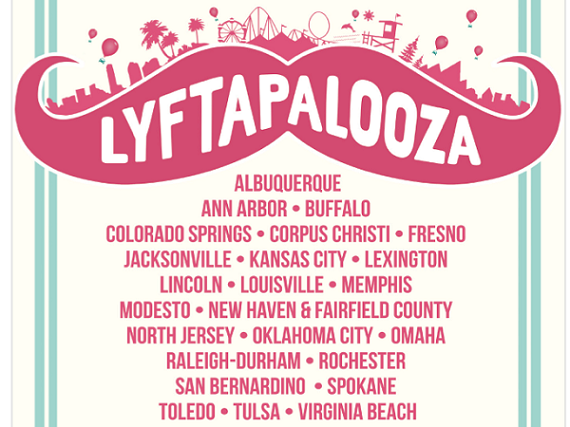 When Lyft raised $250 million earlier this month, making it the most heavily funded on-demand transportation company, it promised to use that money to expand its presence, both domestically and internationally.

And, hey, that's exactly what the company has done! At least the first part, anyway.

The company is all set to expand to 24 new markets in the next 24 hours, it was revealed in a blog post on Thursday. (Also, don't believe for a second that it is a coincidence that this news was announced on the 24th. I mean, 24 in 24 on 24? Who could pass up an opportunity like that?)

The expansion will bring Lyft's total cities in the United States to a total of 60, which it says it "more than any other rides-on-demand platform."

"As we’ve grown, we have recognized a need for reliable transportation options everywhere, in cities of all sizes, regardless of the level of car ownership," Lyft wrote. "From Albuquerque to Newark and beyond, these cities have strong community roots and local hometown pride that make them all great fits for Lyft."

In addition, the company also announced big price cuts. After lowing prices in every market by 20% earlier this month, now the company is lowering them by another 10%.

Finally, the company also announced something that it is calling "Lyftapalooza," where it will be giving away free rides for two weeks to specific events and destinations in every one of its new markets, including Lafayette Square in Buffalo, the Sunken Gardens in Lincoln and Manito Park in Spokane.

Obviously these are moves that are being made to help keep Lyft competitive against numerous rivals, most notably Uber, which has also been cutting prices as it had expanded around the country, launching in 51 cities total.

Where Uber has the advantage, right now at least, is internationally, where is currently operates in 35 countries in Central America, South America, Europe, the Middle East, Africa and Asia. Part of that seems to have to do with the fact that the company has seen less hassle from government regulators overseas.

Lyft has also had problems while trying to expand here, so it makes sense that it has already it will also be using its funding to create an international presence. So far, though, it has still only expanded domestically.