(Updated to reflect comment from AdRoll and Foundation Capital)

Online advertising is big business, as we all know, with revenue numbering in the billions. And one of the most important tools at the advertisers disposal is retargeting, or the ability for advertisers to take information from a website customer has visited, and the actions they have taken, and use it to try to get them back.

For example, if you went onto Expedia and looked at flights to Paris, but did not actually purchase one, you might go onto Facebook or Twitter and suddenly see ads for flight and hotel deals in the same city. That is retargeting.

One of the biggest names in the space is AdRoll, and it has now closed a $70 million funding round, the company announced on Monday.

The company had previously raised $19 million, including $15 million in its Series B round of funding led by Foundation Capital, along with Merus Capital and Accel Partners, in July of 2012. It has now raised a total of $89 million.

"When it comes to cost and return , there’s no better company than Google in delivering high ROI on low cost acquisition for companies," Charles Moldow, General Partner at Foundation Capital, told me. "AdRoll is the closest thing we’ve ever seen similar ROI to AdWords and that is a  very big deal."

The combination of huge market potention, in a global business, along with its ROI, makes AdRoll a good investment he said.

Beyond that, though, he said that the company has a strong culture, which is has been able to translate even as it has expanded to new continents.

"How do you export that culture across time zones and continents?'" he said. "They have been been able to carry their culture and environment while becoming a 450 person global company. That's very hard to do and they have done a great job."

Founded in 2007, AdRoll is a marketing platform that allows brands to create personalized ad campaigns that are based on their own website data, in order to give them the largest possible return on online advertising spend.

Every page of the Internet is filled with specific tags that give marketing and ad people key information of who is looking at given items. That means that every site we visiti, even if we don't actually end up purchasing anything, has a ways to try to lure us back on other sites and on social media.

"Retargeting becoming as ubiquitous as search marketing," Suresh Khanna, senior VP of sales and operations at AdRoll, told me.

As Google Adwords was a pioneering success story for search ten years ago, he sees retargeting as the "next breakout success," and AdRoll leading the way.

"From my point of view everyone who sells anything online, anywhere in the world, for any kind of transaction, will use retargeting," said Khanna. "Everything from getting someone to watch a movie trailer, to reengaging former customers, to those who are trying to upsell."

What retargeting really does, though, is finish the job that search engine mareting starts. According to Khanna only 2% of those who find sites from search convert on their first visit. Retargeting allows those sites to reengage the other 98%, and that is a "major global opportunity."

AdRoll will use the funding for three things.

First, it will be adding a person every day to the company in 2014 across all functions, with a heavy emphasis on expanding its product and engineering teams. Second, it will be expanding geographically. The companty recently expanded to both Ireland and Australia, and will be making up more ground across Europe, Asia and Latin America.

Finally, the company, which has been focused on small and medium sized businesses, will be making a push for supporting large brands and agencies, which Khanna says is its fastest growing segment.

In addition to the funding news, AdRoll also announced that has surpassed a $150 million annualized revenue run rate.

The San Francisco-based AdRoll has over 15,000 customers in over 100 countries. It boasts a 97% customer retention rate and its intelligent algorithms make more than 50 billion ad bidding decisions based on the shopping behavior of over 500 million unique shoppers every single month. 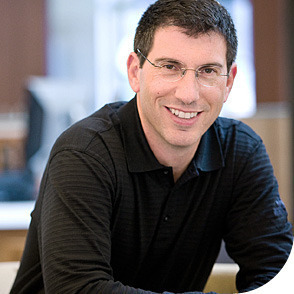 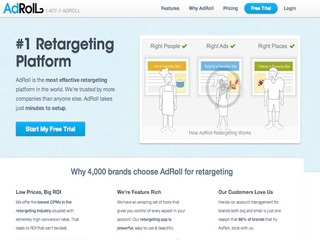 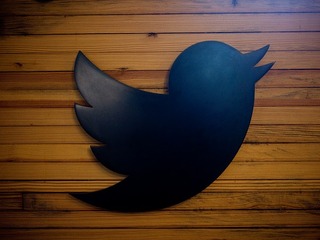 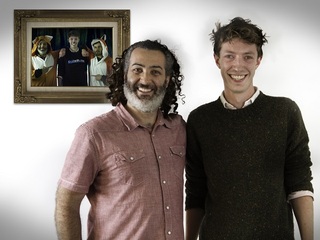