I've been using Facebook for 10 years now (has it really been that long? Ugh, I'm getting old!) and I can say definitely that I have never, not one time, ever clicked on one of those ads that appear on the right-hand side.

They just seemed sketchy to me. They're the type of things where if you rolled over them, the preview link at the bottom of the page was a long list of letters and numbers, a.k.a. a website that you didn't want to visit. I honestly wish that Facebook would get rid of them altogether, and just focus on the in-feed ads instead.

Now the company is finally doing something about them, and there is both good news and bad news on that front.

On Wednesdaym Facebook announced that it will be rolling out an "updated look" for its right-hand side ads to "more visually consistent with the ads that appear in News Feed." The good news is that there will be fewer of them. The bad news is that they will now the same proportions as in-feeds ads, meaning they will be larger. 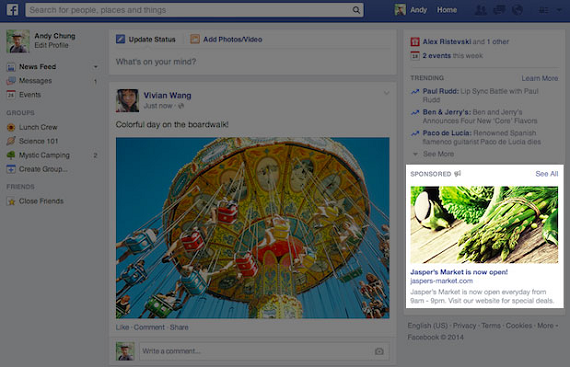 As you can see, the ads are larger, though not as large as the ads that appear in News Feeds.

"Because the updated ads mirror the overall shape of desktop News Feed ads, marketers will no longer have to choose separate images for News Feed and right-hand column placements. They can now use the same image for both," the company said.

This is not the first time in recent months that Facebook has revamped its ad formats. In October, the company unveiled a new set of tools, which it called "objective-based ad buying and reporting."

The tools made it easier for marketers to advertise on the site, as it recommens an appropriate ad based on that objective, and then helps determine how those ads performed against said objective.

It also gave advertisers more freedom as to where they can place their ads and came with an updated Ads Manager tool, which shows the objective, the number of times the objective was met, and the cost per stated objective.

It is interesting that Facebook would be so interested in overhauling its desktop ads, considering that, as of this past quarter, the majority of Facebook's ad revenue is now coming from mobile.

Advertising revenue was $2.34 billion for the quarter. It increased 76% from the same quarter the year before. Mobile accounted for 53% of that revenue, up from approximately 23% of advertising revenue in the fourth quarter of 2012.

Even more impressive: the $1.25 billion in mobile advertising was nearly as large as the company's total ad revenue in the fourth quarter of 2012.

So why is Facebook putting its focus in that direction? The only reason I can think of is that while revenue is trending away, the company still makes  a significant amount of money from desktop, so its probably still worth it to make it easier for marketers to advertise there.

Plus, people simply might be more comfortable clicking on desktop ads. A survey from Analytic Partners in November found that only 15% of respondents said they’d be interesting in seeing newsfeed ads on the Facebook mobile app, while 85% said they would do on desktop.

Still, while there is still plenty of money being made from desktop ads, that is definitely not where things are trending. 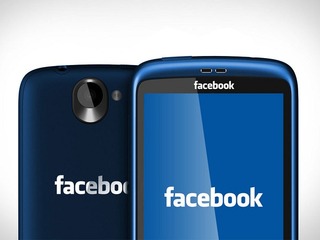 Mobile now over 50% of Facebook ad revenue, crosses $1B 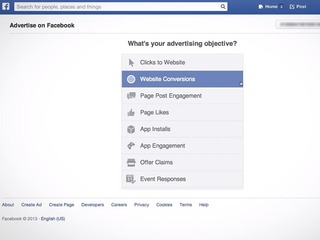