Dropbox debuts a slew of new products and features

Company gets new COO and CFO, adds Condoleezza Rice to its Board of Directors 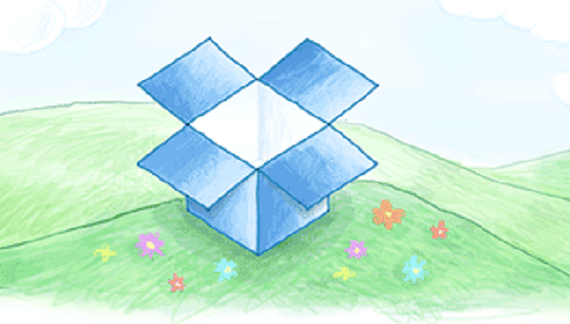 Wednesday was a very big day for Dropbox, with the cloud storage company announcing a series of new products and features, including a new photo sharing app, as well as updates for Mailbox and Dropbox for Business.

On top of that, the company also got a new very high profile board member and it announced that it has reached 275 million users.

Here is a rundown of all the news:

Let's start off with the most interesting development: the launch of a new photo and video sharing gallery called Carousel.

The app combines photos that users have stored on Dropbox with those that they have on their phones and makes it easier to share them. It also automatically backs up new ones as soon as the user takes them.

"Carousel sorts all these memories by event so you can easily travel back in time to any photo from any date. And unlike other mobile galleries, the size of your Carousel isn’t constrained by the space on your phone, which means you can finally have your entire life’s memories in one place," said Dropbox.

The app is already available on both iOS and Android.

What I love most about this is the name. It not only evokes the memory of me sitting in my grandparent's house as they clicked through their vacation slides, it also makes me think of this:

And anything that makes me think of Mad Men gets an A+ in my book!

The company also updated its Dropbox for Business service, making it open to everyone. The product now give users a two Dropbox accounts: one for personal user and the other for work. Users can easily access both Dropboxes from any device.

The company said that it did this in order to "give admins more visibility and control over their company’s data."

In addition, Dropbox also revealed a new initiative called Project Harmony, which lets users see who is editing a file. They can also have a conversation with other editors, and keep copies in sync.

The app, which was only available on iOS, is now coming to Android, Dropbox has announced. It is available for download from the Google Play store now.

The company also revealed a new feature called "auto-swipe," which "learns from your swipes and snoozes to automate common actions."

"This is part of an ongoing integration of Mailbox into the Dropbox family — we’re working hard to craft magical experiences that are only possible on top of the Dropbox platform," the company wrote.

Finally, Dropbox is also announcing a private beta of Mailbox for Mac.

Executive shuffle and a new board member

Finally, we get to the last piece of news: the company has a new CFO, new COO and a new board member.

Dropbox has promoted Sujay Jaswa to be its new CFO.

Jaswa has been with the company since 2010, and he has been responsible for managing the Dropbox's fundraising, as well as "driving key partnerships, and scaling the business teams to several hundred people globally."

The company has also announced the hiring of Google's Dennis Woodside as its new COO. In his new role, Woodside will be responsible for leading the company's global business operations including sales, marketing, partnerships, user operations, and people operations. At Google, Woodside was President of the Americas and CEO of Motorola Mobility.

And finally, Dropbox has added Condoleezza Rice to its Board of Directors.

Besides being the former Secretary of State, Rice also has board member experience, having served on the board of companies like Hewlett Packard and Charles Schwab.

Was that enough news for one company in one day?