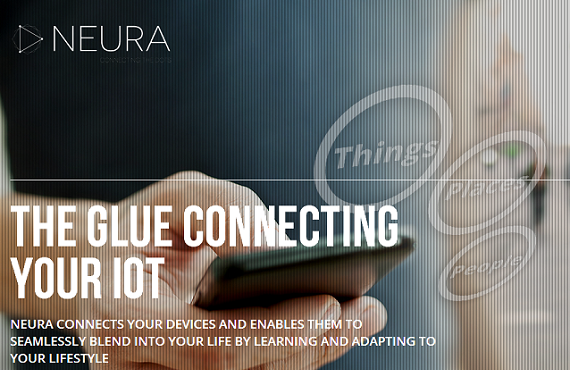 When Vator holds its two-day Splash Oakland event on May 6 and 7, we will be holding a series of panels to discuss the future of technology, including the Internet of Things, with CEOs and investors who have bet on this segment.

One of our guests for that panel will be Gilad Meiri, the founder and CEO of Neura, a network for the Internet of Things that is designed to make them “intelligent” rather than “programmable” by recognizing habits, and behavior patterns.

Now Neura has raised a new funding round to help make that vision possible.

The company announced on Tuesday that it has raised a $2 million in funding, in a round that was led by venture capital firm Greenhouse Capital Partners, alongside SingTel Innov8 Ventures, Pitango Venture Capital, TriplePoint Ventures, and prominent angel investors, including Ben Narasin and Isaac Applbaum.

The company has now raised a total of $2.3 million in funding.

The Internet of Things is, essentially, a network of devices that are connected via sensors to maximize the potential of each object. For example, you can have an alarm clock that is connected to your commuter train, which will ring early if there is a delay. Or you can buy a fork that will tell you how long it took to eat your meal and how many bites you took, to help you lose weight. Or you can buy a car that can drive itself.

What separates Neura from other companies in the space is the idea of making these devices intelligent and adaptable, Meiri told me in an interview.

"We want them to better understand you and your behavioral patterns in context," he said. "They will understand triggers and actions and give feedback."

So, for example, a wearable device might be able to see how jetlag affects the wearers wellness metrics, or how running with one partner, as opposed to another, helps or hurts their performance. With that information, Neura can help the device boost the user experience by learning theur habits and what works best for them.

Or you can take a Rumba-like device that is connected, and will learn where people spend the majority of their day, be it the kitchen or the bedroom, and learn to clean where people are and will be. It may also learn the user's schedule, knowing what location they are likely to be coming back from, and when people will be home.

"Intelligence is the next stage," said Meiri. "I call it the 'future of the future'."

With this latest funding, Neura will be fueling the development of its technology. The company plans to work with between five and eight partners in order to refine its models, Meiri told me.

Since being incorporated in 2013, the Sunnyvale-based Neura, which is a graduate of Silicon Valley based accelerator UpWest Labs, now works with data from over 40 devices, including those from Nike, Withings, Jawbone and Bodymedia.

Ultimately, the company has two goals: the first is for technology to be smart. "We want it to relate to you, respond to you, be completely adaptive to you," said Meiri.

Second, it wants it to be humanized.

"The technology will be more than just serving you. It will allow you to communiate with the technology in a human way."

(Register here for tickets to Splash Oakland. Want to demo your services and products? Get a demo table here.)