How technology fits into Oakland's future 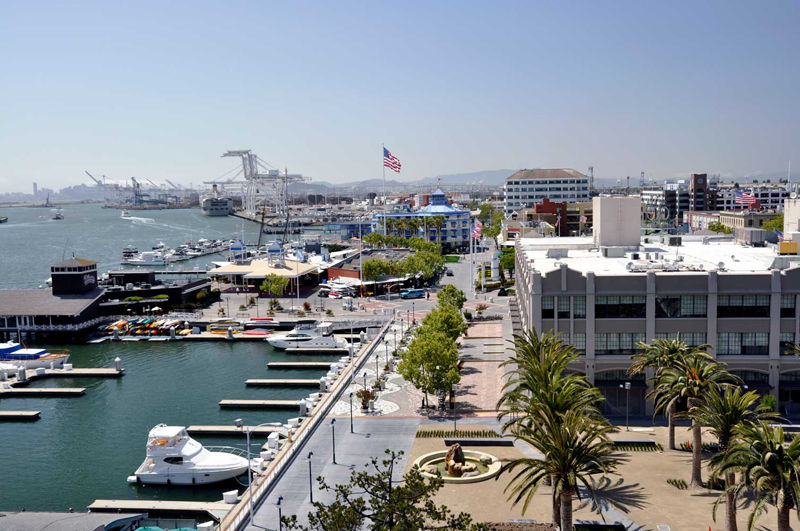 Over the next several months, I’m going to put forward my economic strategy for Oakland. There are several components to this program including near-term job creation in Oakland’s core industries of logistics and healthcare.

What I want to discuss here is how technology fits into Oakland’s future, and the priorities for the Bryan Parker administration in developing Oakland as a vibrant and innovative city.

We only need to look to our neighbors in San Francisco to see the great opportunities and significant challenges an urban region can have leveraging and absorbing a tech boom. There’s a great deal Oakland can learn from San Francisco.

The term “gentrification” immediately emerges in virtually all discussions of Oakland as a tech hub.  Gentrification has become such a loaded and divisive word, that I’d actually like to unpack it into its component parts, and then retire the word itself from our collective discourse.

When people use the term gentrification in the Oakland context, I believe they are bundling four primary concerns:

1)      Inflation – prices will rise as new businesses and residents move into Oakland.

2)      Displacement – existing communities and residents will be marginalized and eventually forced out of their current neighborhoods.

3)      Inequality – economic gains will disproportionally go to a few at the expense of many.

4)      Homogenization – the diversity which makes Oakland such a dynamic place will erode.

These are legitimate concerns and they will be woven into all of my discussion of technology and economic development in Oakland.  To be clear, I’m working towards a better Oakland, not a different Oakland.

On the flip side, we have real economic challenges in Oakland. We can’t do nothing, and just hope things will get better.  We need jobs, we need improved safety, we need better schools and public services.  We have a lot of needs, and those needs will not be met with the current state of our economy.  If we don’t grow, we won’t progress.

Let’s pause for a moment to also define “technology.”  Merriam-Webster defines technology as “the use of science in industry to invent useful things or to solve problems.”  Technology is new, renewable forms of energy, it’s new kinds of medicine, it’s more efficient logistics and transportation, it’s new methods of communicating.  Technology is the sum or our ideas, it’s how society progresses.

Jobs for parents, careers for kids

We want Oakland to be at the forefront of technology.  We want our children to be active members of the knowledge economy.  To put it simply, I want to create jobs for Oakland’s parents, and as importantly, create careers for Oakland’s kids.

How do we balance all of this?  Well, we can’t control it. But we can guide it and influence the pace and trajectory.

I’m going to lay out my approach in future articles.  But here are some highlights of how I see Oakland leveraging technology for economic growth, while also mitigating the potentially negative impacts on our region:

1)      A focus on homegrown businesses – rather than trying to attract outside corporations to place large offices here.  Let’s grow startups and make this an attractive environment for new entrepreneurs.  This way we increase the likelihood of local job creation (rather than simply importing existing out-of-town employees).

2)      Promotion of cross-industry innovation – “tech” isn’t just about programmers. There are opportunities for innovation across the entire industrial landscape, Oakland can create incentives for industries which create jobs (think logistics, manufacturing, and services).

3)      Cross-town – Let’s reward the private sector for thinking holistically about Oakland.  It’s very likely that downtown, West Oakland and Jack London Square are going to see the first wave of the tech influx – but let’s also create incentives to see these opportunities extended to East Oakland.

4)      Education – if we home-grow businesses, that means in 10 years we’re going to need people to fill those jobs when those startups become enterprises.  Our 10 and 15 year-olds of today, are going to be our young professionals of tomorrow.  We need to immediately start getting them prepared for the time when they are needed.

5)      Thoughtful regulation and zoning – the local government has a few tools we can use to both stimulate and guide the economy.  I’m going to develop a holistic view of the priorities of our city and put in place policies which, where needed spark growth, and in other places keep economic inflation in check.  It’s the same set of challenges at the Federal level as it is for Oakland – growth vs. inflation.

I can’t, in one article, spell out the entire program. So this is the first in my series.  The summary for this opening piece is that I want to highlight that while the Bryan Parker team is hugely optimistic for Oakland’s ability to become a leading tech hub, we’re listening to all voices. We see the issues and understand the challenges.  Let’s thoughtfully develop Oakland’s economic base in a way which reaches all parts of the city, and at a pace we can absorb.

As a closing note, and in keeping with our vision of homegrown businesses, my organization Oakland Forward, is sponsoring a startup competition, called the Oaktown competition. It's part of the two-day Vator Splash Oakland event on May 6-7 in Jack London Square. For this event, Vator is gathering a group of high-tech influencers with a collective $3 billion in investment money to put to work. Part of Vator's mission, as said by Vator Founder Bambi Francisco, is to showcase Oakland's assets and encourage investors and startups to consider starting a company in Oakland. We're excited to be part of this momentum and movement.

Oakland Forward is also hosting a VIP Dinner that will include the winners of the competition and speakers. You're welcome to join us and engage in the tech conversation! Register here: Oakland Forward Winners' Dinner here.

Bryan Parker is hosting the first ever Oakland Tech Competition and as a champion of innovation, Bryan will be moderating a panel on The Future of Bitcoin. He is also hosting the Oakland Forward Winners Dinner May 7th with Splash Oakland Speakers. 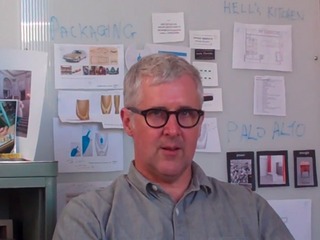