Mozilla CEO calls for inclusiveness-for himself 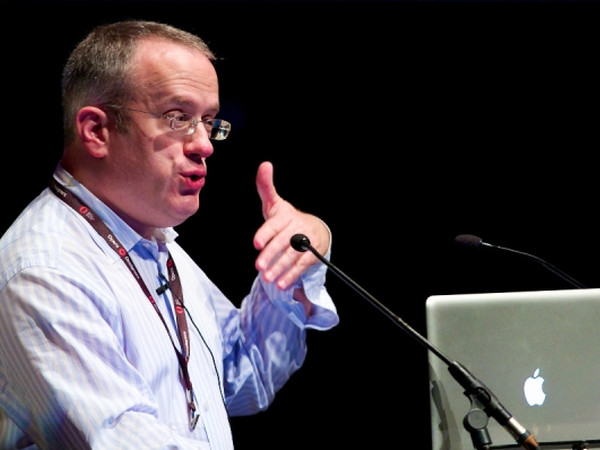 New Mozilla CEO Brendan Eich has had a not so warm reception over the last week since word got out of his $1000 donation to the Prop 8 campaign—the measure that attempted to ban gay marriage in California and was passed until it was overthrown by the Supreme Court last summer.

Eich’s position has earned the wrath of many, including Mozilla developers and the popular dating site OkCupid, which blocked users attempting to access the site from a Mozilla browser—and explicitly called out Eich for his position on gay marriage.

Now, Eich is calling for tolerance and inclusiveness—for himself, of course. Not for gay couples, because gross! Gays! Amirite?!

"If Mozilla cannot continue to operate according to its principles of inclusiveness, where you can work on the mission no matter what your background or other beliefs, I think we'll probably fail," Eich said in his first interview since the firestorm erupted—an interview in which EVERY SINGLE ONE OF HIS ANSWERS included the word “inclusiveness,” which is, of course, dog whistle for “quit yer bitchin’ and get back in your place.”

Eich attempted to cool the outrage last week with a blog post in which he insisted Mozilla would continue to be an “inclusive” company and that its progressive health benefits policy—which extends to same sex and domestic partners—will not change. He stopped short of apologizing for his donation to the reptilian Prop 8 campaign, or stating that he unequivocally supports gay marriage today.

So naturally, when asked about his current stand on gay marriage, he deflected:

“One of the things about my principles of inclusiveness is not just that you leave it at the door, but that you don't require others to put targets on themselves by labeling their beliefs, because that will present problems and will be seen as divisive.”

So far, 70,000 people have signed a petition calling for Eich’s resignation, with many more threatening to boycott the browser until Eich either steps down or states that he supports gay marriage.

Naturally, this leads Eich to fear for Mozilla’s survival and is calling on adversaries to imagine a world without Mozilla, with its emphasis on user sovereignty and its opposition to the walled garden. That said, he’s not so fearful that he’s willing to resign or change his stance on gay marriage, as he stated in the interview. That’s just silly.

There are many Eich supporters—including Mozilla Foundation Chair Mitchell Baker and Mozilla education lead Christie Koehler—who say that Eich’s political beliefs should not be taken into account when considering his fitness to run a company.

But let’s get something clear here: an individual's personal and political beliefs don’t simply file away neatly and cleanly into a separate bin from their work and public bins. Personal beliefs and biases DO affect hiring decisions—we see this all the time with women coders. They also come into play in the kinds of compensation packages companies offer employees. Women are minorities are routinely paid less than their white male counterparts in many sectors. And would Mozilla’s health benefits policy be nearly as progressive if Eich had been running the show when they were decided?

So let’s stop with the whole “I am TOTALLY capable of subverting my own internalized biases for the greater good—I don’t see color or sex or orientation—I am the all-seeing, all-knowing eyeball of the universe” bullshit.

Brendan Eich is the inventor of JavaScript and co-founder of Mozilla. Prior to being named as Mozilla’s CEO, he was the CTO. App developer Rarebit pulled its apps from the Firefox marketplace in response to Eich’s appointment. Rarebit was founded by husband-team Hampton and Michael Catlin. Eich met with Hampton Catlin last week to discuss the situation, which Eich said was productive but Catlin was evidently unfazed by.

Over half of Mozilla’s board members resigned shortly before Eich’s CEO appointment was made public, but Eich insists that they left for various reasons that had nothing to do with him. 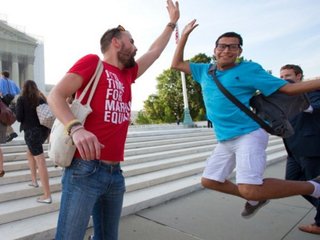 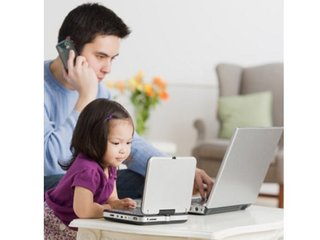