The company claims the Amazon Fire TV has 3x the power of Apple TV, Chromecast and Roku 3 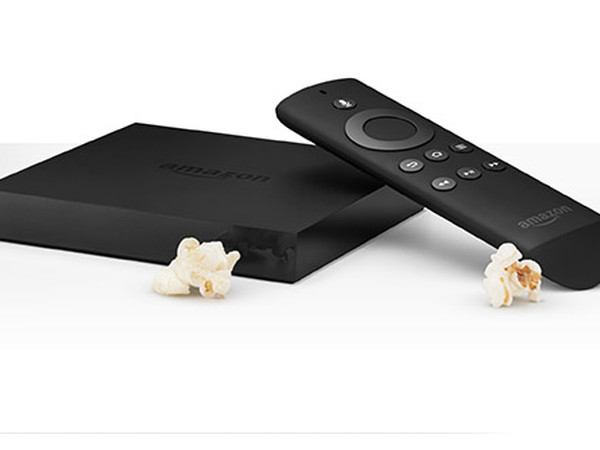 It seems like you can’t walk out your front door without tripping over a new streaming TV set-top box. They’ve become the new everyone-has-this-so-you-need-one-now hardware, and Amazon is not going to get left behind.

The company unveiled its long-rumored set-top box Wednesday: the Amazon Fire TV. Of course, Amazon is hella late to the streaming set-top box game, so what is it bringing to the table that hasn’t already been done by Apple, Google, and Roku? Basically: speed and power.

The company said it designed the Amazon Fire TV based on customer reviews it was seeing on competitors’ products—namely, poor performance and cumbersome search.

So Amazon designed its set-top box with those issues in mind, and the Amazon Fire TV comes with a few noteworthy features that you won’t find on Apple TV, Chromecast, or Roku 3.

For starters, it’s fast. How fast? Super fast. The device has a quad-core processor, 2 GB of RAM and a dedicated GPU. It also comes with 1080p HD video and Dolby Digital surround sound. All of that means lag has been OBLITERATED.

"If you add it all up, Fire TV has three times the performance and power of Apple TV, of Roku 3, of Chromecast," said Peter Larsen, VP of Amazon’s Kindle unit, at the launch event.

But from there, Amazon did something really interesting and added a feature called ASAP, which predicts what TV shows and movies you’ll want to watch based on your viewing habits and buffers them for playback before you hit play. Thus, there’s no wait time, which is…beautiful.

But how to make search less of an ass pain? Amazon included voice search in the set-top box, which in itself is not a huge deal—other smart TVs and devices have this. But Amazon built it into the remote itself, so that 1) you’re not yelling at your TV from across the room, and 2) your search results come out more accurate.

There’s also the fact that Amazon Fire TV will have built-in gaming features. The games will be super cheap Android games, which will cost $1.85 a pop on average, and users will have to purchase a separate controller for $39.99. Some of the more popular titles include The Walking Dead, Minecraft Pocket Edition, and Monsters University.

The device will also come with Amazon FreeTime, which will allow parents to set time limits and create personal profiles for their kids. This feature won’t be available at launch, but will be added some time down the line.

Analysts were somewhat disappointed with the price tag of $99, having assumed that Amazon would undercut the competition as it has with the Kindle Fire.

The Amazon Fire TV is available now on the Amazon website. 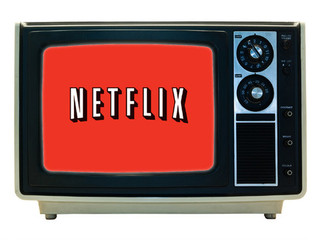 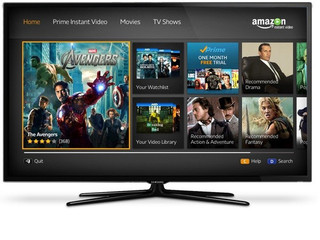