Tencent is taking a 15% stake in the Chinese e-commerce company worth $214.7 Million 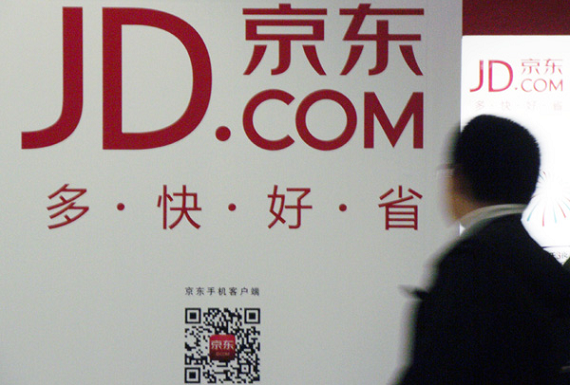 When it comes to Chinese Internet giants, the two names that most frequently come up seem to be Alibaba and Tencent.

E-commerce company Alibaba is probably the better known in this country, mostly because of its relationship with Yahoo, as well as its often discussed pending IPO. Tencent, on the other hand, might be best known as the parent company of WeChat, which is the dominant messaging platform in China, with close to 300 million monthly active users.

While Alibaba dominates its territory, controlling nearly 80% of China's Internet shopping market, Tencent just made a move that will take the company on right in its wheelhouse, teaming up with one of Alibaba's biggest rivals.

Tencent has formed a strategic partnership with Chinese online direct sales company JD.com, it was announced on Sunday. The deal is "aimed at providing superior e-commerce services to mobile and Internet users in China."

The deal involves Tencent taking a 15% stage in JD, as well as an additional 5% when JD goes public. The company filed for an IPO, worth $1.5 billion, in January. Bloomberg has the initial 15% stage pegged at $214.7 Million.

Tencent will hold approximately 15% in JD upon closing of the transaction. Furthermore, Tencent will subscribe at IPO price for an additional 5% of JD on a post-IPO basis. The IPO subscription is expected to close concurrently with JD's IPO.

Meanwhile, JD will acquire 100% interests in Tencent's marketplace businesses,  QQ Wanggou B2C and PaiPai C2C. It will also acquire logistics personnel and assets, and a minority stake in Yixun; the company also has the right to acquire the remaining stake of Yixun in the future.

As part of the strategic cooperation, Tencent will support JD's growth in the physical goods eCommerce business by offering level 1 access points in Weixin and Mobile QQ, and support from other key platforms to JD.  Both parties will also cooperate on online payment services to improve users' online shopping experience.

The partnership is mutually beneficial as it allows JD to tap Tencent's mobile and Internet user base, while Tencent gets to leverage JD's eCommerce services to bolster its user experiences. JD will become Tencent's preferred partner for all physical goods eCommerce businesses.

"Through this strategic partnership with Tencent in key areas, such as mobile access points, traffic support and eCommerce activities, we hope to enhance our ability to provide high quality and enjoyable shopping experience to a broader and growing user base while strengthening our direct sales and marketplace businesses on mobile and Internet," Richard Liu, founder, Chairman and CEO of JD.com, said in a statement.

It was also announced that Martin Lau, President of Tencent, will be joining JD's Board of Directors.

Right now, Tencent makes most of its money selling customers virtual goods. The company is projected to make 6.8 billion Yuan, or $1.1 billion this year and 9.6 billion Yuan next year.

About 85% of the money that the Internet giant will make will come from gaming, specifically the sale of  virtual goods like gaming avatars, online stickers and other icons Tencent is no doubt looking to use this partnership with JD to bolster its payments revenue on WhatsApp.