With $915M in revenue, Wayfair is seen as another potential IPO candidate for 2014 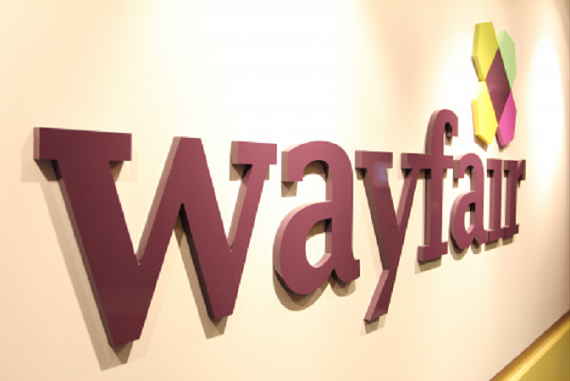 It seems like I'm writing this every few days at this point, but could we be looking at yet another potential IPO candidate for 2014?

This time, the company in question is home goods online retailer Wayfair, which has now raised a major new round of funding, at a reportedly big valuation.

The company has raised $157 million in equity financing, it was announced on Friday. The round was led by funds and accounts managed by T. Rowe Price Associates. It also encompassed a limited number of key investors, including industry leading growth focused mutual funds, as well as a private investment from Julie M.B. Bradley, who is the CFO of TripAdvisor and a member of the board of directors at Wayfair.

With this new round of funding, the company is now reportedly valued at $2 billion.

Founded in 2002, and headquartered in Boston, Massachusetts, Wayfair used flash sales to offer limited-time discounts on home goods such as furniture and lighting. The company has been growing quickly, reporting an annual growth rate of 55% in 2013 to end the year with $915 million in revenue.

Wayfair says that it will use the new funding to fuel continued growth of the its portfolio, which currently includes Joss & Main, AllModern and DwellStudio. It currently offers seven million home items from 12,000 brands.

There has been a lot of talk of the company going public, especially with the of hiring former Warner Music Group Vice Chairman Michael Fleisher as its new CFO in October. In his previous role, Fleisher had brought Warner Music Group public in 2005.

The company has also been said to have begun forming relationships with potential investor banks, including Goldman Sachs, Bank of America, Citigroup and Allen & Co. Those were the banks that, probably not coincidentally, worked on the IPO of e-commerce site Zulily last year.

Zulily had a successful IPO, raising $253 million at a valuation of $4.6 billion, a return that Wayfair would obviously want to replicate if it also goes the public route.

It should be noted that if Wayfair wants to file confidentially, as per the JOBS Act, it is running out of time. Only companies that have raised less than $1 billion can do so, and Wayfair is already up to $915 million.

Wayfair had previously raised $165 million In June 2011, followed by $36.3 million from Battery Ventures, Great Hill Partners, HarbourVest Partners and Spark Capital in December 2012. This latest round brings its total funding to $358.6 million.

VatorNews has reached out to Wayfair to find out more about the company's potential IPO plans, but it was not available for additional comment. We will update if we learn more. 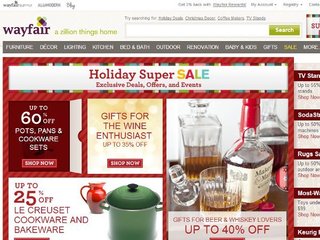