Facebook shuts e-mail service you didn't know it had

Service is being shut down for one simple reason: because nobody was using it 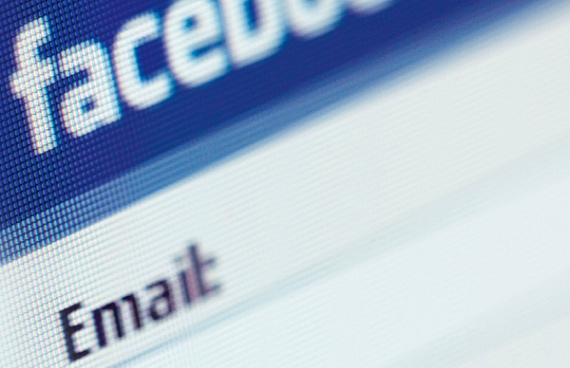 Having now been on the Internet for around two decades, I've managed to accumulate more e-mail accounts than I will ever have time to check.  I still have an AOL Mail (for some reason), two Yahoo Mail accounts and two Gmail accounts as well. Of those, I only ever even access two of them.

But did you know that I also have a Facebook e-mail address too? And so do you! Oh, you didn't know that? Well, you're definitely not alone there.

The service was set up back in 2010, but it never caught on, and now it is essentially being shut down, the company said in an update on Monday. The reason: simply, nobody was using it.

"We’re making this change because most people haven’t been using their Facebook email address, and we can focus on improving our mobile messaging experience for everyone," a Facebook spokesperson told VatorNews.

The service worked by allowing people to send Facebook messages from their separate e-mail accounts. So, if you were on your Gmail account, all you had to was type in the person's username, followed by @Facebook.com, and their sent e-mail would go directly to the recipient’s Messages inbox.

Users could also send messages back to those external email addresses, and those emails were formatted to look like Facebook messages, including their name, profile picture and message.

From now on, any messages that are sent to your Facebook email will instead be forwarded to whatever e-mail address you have on file with Facebook.

Honestly, I doubt anyone was sending you messages this way anyway, but if they were, now they have direct access to your personal e-mail. That means that anyone who can see your username on Facebook, meaning everyone, can now go and send you an e-mail to your personal account.

In addition, any current Facebook conversations that include an email address will become read-only. What does this means to you? That you’ll still be able to view the conversation, but you’ll no longer be able to reply to it from your Facebook Messages.

To continue the conversation, you can always message people through their Facebook accounts, which is what you were probably doing anyway.

I can think of a couple of reasons why this feature failed. First of all, what exactly was the point? I can't imagine why I would have ever wanted to send a Facebook message through my e-mail. When I want to do that I, you know, go onto Facebook and send the message. It's really not very hard.

Now, if Facebook actually had set up a separate e-mail service, that would have been different. And maybe that was part of their plan, but it never came to fruition if it was. Instead, the feature was never updated, most people never even knew they had a Facebook e-mail address (despite Facebook erasing all of their other e-mails from their profiles in 2012) and now its gone.