As smartwatches get more sophisticated, will health trackers be able to hold on?

2014 is going to be “the year of the wearable,” according to research firm Canalys. Researchers forecast 17 million wearables to be shipped this year, 8 million of which will be “smart bands” (bands capable of running apps, aka smartwatches), and 9 million of which will be “basic bands” (bands not capable of running third party apps natively, so devices like Basis, Fitbit Flex and Force, Nike Fuelband, etc.).

Canalys also estimates that by 2015, smart bands will ship some 23 million units. No word about basic bands. Why? Because Canalys researchers don’t think they’ll be around in a few years.

“We do think that basic bands will begin to fade out over time, as products increasingly become smart bands, yes. Both categories will grow rapidly for several years, though,” analyst David Matte told me.

We may be seeing this already with rumors surrounding Apple’s much-hyped iWatch. 9to5 Mac has reported that Apple is going to bring a unique health focus to iOS 8 with “Healthbook,” which will come with the usual monitors: calories burned, steps taken, miles walked, etc. Big deal. But rumor has it that Healthbook will also be able to monitor the user’s vital signs, including heart rate, blood pressure, hydration, and possibly even blood data points like glucose levels.

That sounds pretty amazeballs. But what does it mean for wearable health trackers? Will they go the way of acid washed jeans?

“It’s important to differentiate between what the rumored “Healthbook” is looking to track and the data that the iWatch will be capturing itself. The likelihood of an iWatch this year being able to track heart rate, blood pressure, hydration and glucose levels in a single device is low based on the current state of the sensor technology available,” said Holove.

True. No one has come out and confirmed that Healthbook will be specifically designed for the iWatch. It does seem likely though. Apple could of course build sensors into the next iPhone, but that still means users will have to consciously measure their vitals and data points, which automatically puts the iPhone at a disadvantage when compared to wearables like Fitbit and Basis.
But Holove pointed out that such a move would be a big departure for Apple.

“Apple has historically demonstrated a priority on the design, size, and battery life of their devices, and furthermore favors well-established technologies and reliable user experiences over experimental ones,” said Holove. “Based on the rumors about Healthbook and previous platform plays, my read is that the software aims to integrate data coming from many sources, from user input to specialized medical devices. The anticipated iWatch will, no doubt, be one of those devices.”

Will iWatch be one of many devices and apps that Apple uses to aggregate and interpret data via iOS 8? The company has already opened the door with its motion coprocessor M7 chip. And Apple has partnered with sports and health companies in the past to create new products, such as the Nike+iPod, which uses a sensor in your shoes to measure your running time and distance.

But Apple has been upping the ante with regards to possible health offerings in recent months. Notably, the company has hired a number of health and fitness experts, and Apple reportedly met with the FDA recently to discuss mobile medical applications.

In December, Apple was granted a patent on a heart monitor that could be embedded in the screen bezel or other part of the device to measure EKG data (the patent suggests Apple would use the heart monitor for security purposes by measuring a user’s unique biometric data). And last June, Apple applied to update its patent on wearable computers and “sensing systems monitoring” applications, which would refine sensors for movement, temperature, “health functions” and “fitness effects,” according to Patently Apple.

There’s also some evidence that Apple may be dipping a toe into medical imaging with a patent granted in 2010 for its “Personal Items Network.” One of the technologies included in the patent was a wireless heart monitor strip that could be worn by a patient and would automatically alert medical staff if the patient goes into cardiac arrest.

And let’s not forget Samsung. Samsung has been all gung-ho about health, attempting to make it central to the Galaxy S4 (with limited success). The company has been buying up health companies, including medical device startup Neurologica in January 2013, as well as a controlling stake in Korean ultrasound equipment firm Medison back in 2010. In 2012, Samsung bought cardiac point-of-care testing solutions company Nexus.

Samsung obviously has a diverse business and may simply be looking to compete with other medical device companies on their turf. But as Forbes’ Haydn Shaughnessy points out, it may be more likely that Samsung is seeing the potential behind bridging medical imaging and smartphones.

But ultimately, companies like Apple don't have a strong track record of attempting to take over and replicate technology that other startups are already doing well. Need I mention the Apple Maps-tastrophe? Or the slow death by starvation of Ping? Or the fact that the iPad was supposed to crush the Kindle by everyone's estimates, only it turns out people really like their Kindle e-readers?

So where does all of this leave current health trackers?

“We imagine there will remain an opportunity for purpose-built devices and applications to capture data and offer specialized insights that the iWatch may not,” said Holove, adding: “The general consumer population is not sitting around, just waiting for the day when they ‘get’ to wear technology – we need to make wearables essential by doing things that can only be done because the technology is worn. The Basis answer is sensors tracking real physiology 24/7.” 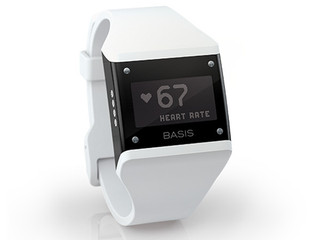 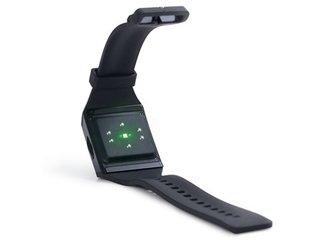 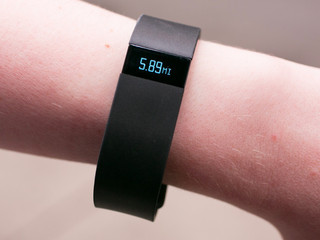