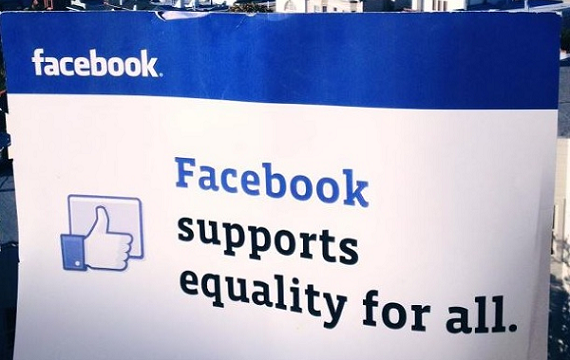 Since Facebook first debuted, I can remember there being two big complaints. One, that it limited the available relationship statuses; and two, that only allowed people to identify as male and female, leaving out a whole group of people who identify themselves in other ways.

While the company corrected the first problem three years ago, adding in options that allowed for civil unions and domestic partnerships, as well as "separated" and "widowed," the gender issue remained on the table.

Now, finally, 10  years after it debuted, Facebook is finally addressing this problem.

The company announced on Thursday, via its Diversity page, that is expanding the list of gender options for all English speaking users.

"When you come to Facebook to connect with the people, causes, and organizations you care about, we want you to feel comfortable being your true, authentic self. An important part of this is the expression of gender, especially when it extends beyond the definitions of just 'male” or female,'" the company wrote.

"So today, we’re proud to offer a new custom gender option to help you better express your own identity on Facebook."

Now, when a user goes to edit their page, under the option to pick  a gender, instead of only giving "male" and "female" as option, it now includes "custom."

When the third option is selected, a bar now appears that allows users to type in what they would like their gender to be shown as on the network. Options include "male to female," "female to male," "androgynous," "cis man," "cis woman," "gender fluid," "genderqueer," "gender nonconforming," and "transexual."

The company says that it collaborated with its Network of Support, a group of leading LGBT advocacy organizations, t"o offer an extensive list of gender identities that many people use to describe themselves."

Facebook does let the user pick multiple terms, but it does not, however, let them make their own up. They only have the option to pick from Facebook's predetermined list, a fact that has already irked some people in comments section.

In addition, people who select a custom gender will now have the ability to choose the pronoun they’d like to be referred to publicly, either male (he/his), female (she/her) or neutral (they/their).

As for if/when these options will become available to non-English speaking users, "The company hopes to expand this in the future," a Facebook spokeperson told VatorNews.

Now, clearly this is something that the Facebook community in general had been asking for for a while. We do live in the real world, though, and there are a sizable number of people who, to put it mildly, do not appreciate these types of options being available.

For that reason, Facebook is giving users greater control over who can see their gender option, in the same way that users can determine who sees a particular status they put up.

As for those people who have a problem with people having the ability to feel more comfortable by being able to express who they truly are, Facebook  publicist Will Hodges said it best in an e-mail sent out on Thursday:

“While to many this change may not mean much, for those it affects it means a great deal,” he said. “We see this as one more way we can make Facebook a place where people can express their authentic identity.”