Deal will combine the top two cable providers, and alter the media landscape in the United States 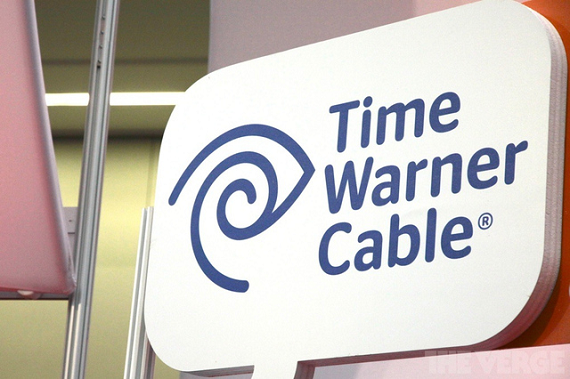 (Updated with confirmation of the merger)

When Yahoo buys Tumblr, or Facebook buys Instagram, or Google buys Nest those deals obviously matter a lot because they signal shifts in the industry and cause big shifts in those spaces.

Then you get the reports that are coming out about Comcast and Time Warner Cable, which, if it ultimately goes through, will cause a massive disruption to the entire media landscape in this country. A deal like this could affect the lives of millions of people, and alter the content that we view forever.

Comcast is all set to announce on Thursday morning that it is going to buy Time Warner Cable for $159 a share, according to what sources told CNBC on Wednesday night. In all, the deal would worth $45 billion.

If the deal goes through, it will bring together the first and second largest cable providers in the country, and give it 33 million subscribers altogether.

VatorNews has reached out to both Comcast and to Time Warner Cable for confirmation. We will update this story if we learn more.

The two companies were reportedly negotiating the deal for months. Time Warner had previously received an offer of $133 a share from Charter Media and Liberty Media, but Rob Marcus, Time Warner Cable’s president, had rejected the offer, saying that he was holding out for an offer of $160 per share.

Now that is pretty much what he got.

Now, the deal is far from set, and will most like face heavy opposition from the Federal Communications Commission. Remember, the FCC rejected the merger between AT&T and T-Mobile in 2011, though it did approve Comcast's purchase of NBC Universal the same year.

It's clear that Comcast is looking to avoid accusations of a monopoly, so it has reportedly indicated that it will divest three million subscribers in order to keep its market share under 30%.

Still, Comcast should expect a fight from the FCC, which is going to far from the only ones likely to have a problem with this deal. In fact, opposition is already pouring in, and it has not even been accounted yet!

Allowing the deal to go through would be "dangerous," John Bergmayer, Senior Staff Attorney for Public Knowledge, said in a statement supplied to VatorNews

"If Comcast takes over Time Warner Cable, it would yield unprecedented gatekeeper power in several important markets," he said.

It is already the nation's largest ISP, video provider, and home phone provider, and it controls a movie studio, broadcast network, and many popular cable channels.

"An enlarged Comcast would be the bully in the schoolyard, able to dictate terms to content creators, Internet companies, other communications networks that must interconnect with it, and distributors who must access its content."

In addition, he said, the deal could raise prices for consumers, while allowing the company to provide inferior service due to the lack of competition.

"TV viewers, Internet users, and everyone who depends on a well-functioning communications marketplace would not benefit from an even more powerful Comcast."

Public Knowledge is a Washington D.C.- based public interest group working to defend consumer rights in the emerging digital culture.

"The combination of Time Warner Cable and Comcast creates an exciting opportunity for our company, for our customers, and for our shareholders," Brian Roberts, Chairman and Chief Executive Officer, Comcast Corporation, said in a statement.

" We are looking forward to working with his team as we bring our companies together to deliver the most innovative products and services and a superior customer experience within the highly competitive and dynamic marketplace in which we operate."

"This combination creates a company that delivers maximum value for our shareholders, enormous opportunities for our employees and a superior experience for our customers," said Marcus in a separate statement.

"Brian Roberts, Neil Smit, Michael Angelakis and the Comcast management team have built an industry-leading platform and innovative products and services, and we’re excited to be part of delivering all of the possibilities of cable’s superior broadband networks to more American consumers."