He will be replaced in the short term by co-founder, and former CEO, Graham Weston 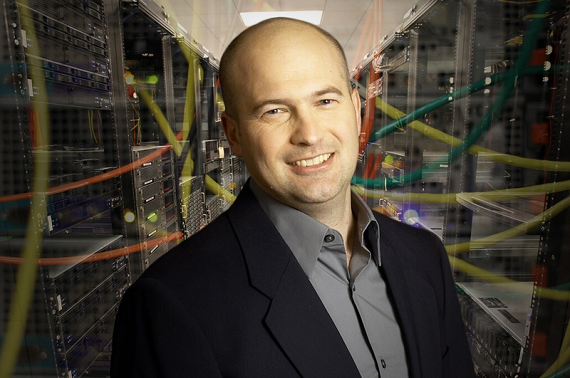 Open cloud company Rackspace is about to have a new person in charge, and investors are not too happy about it.

Rackspace's chief executive officer Lanham Napier has retired from the position, as well as from the company's board of directors, it was announced on Monday. Graham Weston, who is also a co-founder of Rackspace’s, as well as its Executive Chairman of the Board of Directors and former CEO will replace him, at least in the short-term.

Part of Napier's decision to step down involves plans to "invest in and advise other entrepreneurial companies." He will also continue to consult Rackspace over the next several months as the company goes through its transition.

Napier began working for Rackspace in 2000, as its Chief Financial Officer. He became President in 2001, a title that he held until 2011. He was named CEO of the company in 2006.

In a blog post on Monday, Napier wrote about his affection for the company, and its customers, whil also explaining his reasons for leaving the company.

"On a personal level, it’s a good time for me to make the transition. Working alongside our Rackers, I have pulled this wagon with great pride for many years. I’ve poured my heart and soul into this company. Together, we have exceeded the world’s expectations, and I’m proud of all that we’ve accomplished," he wrote.

"In thinking about that, and reflecting on the other passions in my life that have taken a back seat to running this great company, I decided that I’m ready to take a break and then try some new things, both professionally and personally and get back to my entrepreneurial roots."

"I love this company, its people, and the many customers and partners and shareholders I’ve come to know over the years. Together, you have a special role in the world, which is better off because of the contributions all of you make toward nurturing innovation."

In a statement in his announced, Napier called Weston "the right person to step in and lead Rackspace" and express confidence that the company's future "is brighter than ever." The market, however, does not seem to quite so convinced of that yet,

While the company's stock rose 2.15%, or 85 cents, to $40.36 a share during regular trading, those gains, and then some, have all been given back at the stock fell over 11% in after hours trading.

The Rackspace Board of Directors has already begun initiating a search process to identify a long-term successor for Napier.

Launched in 2008, Rackspace is a hybrid cloud company, as well as the founder of OpenStack, the open-source operating system for the cloud.

The company delivers fit infrastructure for IT needs, leveraging a product portfolio that allows workloads to run where they perform best, whether on the public cloud, private cloud, dedicated servers, or a combination of platforms.