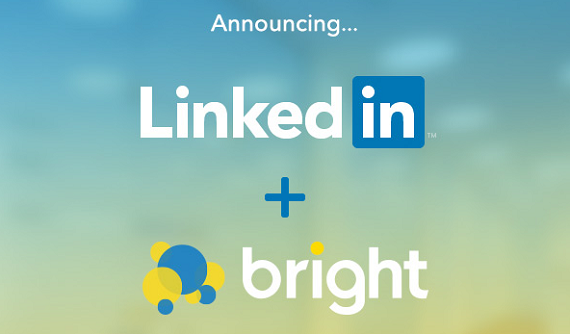 In addition to releasing its Q4 earning results on Thursday, LinkedIn has also announced that it has made a new purchase in data insight company Bright.

The deal is worth $120 million, and is expected to close during the first quarter of 2014. A number of members of Bright's team, including those from its Engineering and Product divisions, will be joinng LinkedIn.

Users of Bright, which as a company that leveraged data insights and matched technology to connect prospects and employers, will be able to access existing data on its website through February 28.

"We're excited to join LinkedIn because the company shares a similar vision and is equally obsessed about using data and algorithms to connect prospects and employers," Bright founder Eduardo Vivas said in a statement.

In a conference call following the release of the earnings report, LinkedIn CEO Jeff Weiner discussed the purchase.

"Our long-term goal for talent solutions is to power half of customer's hires. The use of data will be integral to achieving that goal. To this end, today we announced our acquisition of Bright.com, a company that uses cutting edge data science and relevance algorithms to match job seekers and employers."

Bright, he said, is a big part of what is coming down the line for the company.

"As we start 2014, we are committed to making significant, long-term, investments in a small number of strategic initatives that will allow us to focus on fewer product priorities, while, at the same time, continuting to build out the economic graph at scale."

These iniatives include expanding the company's presence in China, extending LinkedIn as a professional publishing platform, a material increase in the volume of job opportunities available on LinkedIn and  "through the acquisition of Bright, improved relevance of  those opportunities so that, ultimately, our members don't need to find jobs, the right jobs will find them."

In the earnings report, LinkedIn posted non-GAAP earnings per share of 39 cents on revenue of $447.2 million, up 47% from $303 million in the year-ago period.

Analysts had been expecting EPS of 38 cents a share on revenue of $438.1 million.

These numbers also beat LinkedIn's own estimates which had been to see revenue in the range of $415 million and $420 million for the fourth quarter, while adjusted EBITDA was expected to range between $98 million and $100 million.

Talent Solutions took in $245.6 million, up 53% year to year. This sector represented 55% of the company's quarterly revenue, compared to 53% a year ago.

Analysts had been expecting revenue for the quarter to be $470 million.

For the full year 2014, revenue is expected to range between $2.02 billion and $2.05 billion. Adjusted EBITDA is expected to be approximately $490 million. 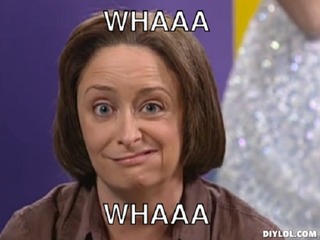