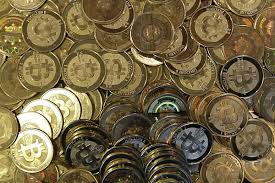 Even though the viability and sustainability of Bitcoin as an alternative currency remains debated, there is an increasing number of services adopting it.

RealtyShares, a crowdfunding platform for real estate, is now accepting the Bitcoin currency for transactions on its platform.

"A large portion of our investor base is international," said Nav Athwal, founder and CEO of RealtyShares, a crowdfunding platform for real estate investments. "For them, transacting is expensive [when you include wire fees, exchange rates]. Bitcoin provides a more streamlined solution."

RealtyShares is using Coinbase, which calls itself a digital wallet to allow services to accept Bitcoins as currency. By integrating Coinbase, RealtyShares also opens itself up to about 900,000 Coinbase users, many of whom you'd think are accredited investors since Bitcoin today is mainly a virtual currency that is being traded. Then again, companies like Overstock, an e-commerce site, have recently allowed customers to buy products using Bitcoin, making it somewhat unclear as to who is actually buying and selling using Bitcoin.

But Athwal also suspects that Bitcoin users are sophisticated investors.

"I think a sizable portion of Bitcoin and Coinbase users are accredited," he said. "Bitcoin is an expensive currency.  According to Coinbase, the value of a single bitcoin is currently approximately $810.  To own and hold bitcoin you thus need to be relatively wealthy.  It isn't surprising then that a Tesla was purchased using the currency and Virgin Galactic is accepting the currency for its $250,000 outer space joyrides.

"Accordingly, I do think our company can get access to a new class of investors upon accepting Bitcoin. I'm also very excited to be the first investment platform to offer Bitcoin holders that are looking for more stable stores of value for their new wealth an ability to achieve that goal through real estate investments."

Moreover, investors requested the ability to use Bitcoin, said Athwal.

Launched last year, RealtyShares is a 500 Startups-baced company. It has completed 13 real estate transactions across six states, said Athwal. Across those deals, RealtyShares has raised a total of under $1 million, with about 70 to 80 investors placing about $10,500 on average in a real estate investment. Some investments have had as little as seven investors, and others have had 32.

Who's placing these property deals on RealtyShares? Typically, developers looking to buy property that will generate cash flow in the form of rent.

By using RealtyShares, the seller of the property doesn't pay anything out to RealtyShares until the property raises money and starts paying out rental income. RealtyShares take a management fee of .5% to 2% of the funds it raises. But it only receives those payments through the rental cash flow. If the transaction on RealtyShares is done with debt financing, RealtyShares takes a piece of the interest payment paid out to investors.

Currently, RealtyShares has about eight to 12 real estate deals in the pipeline, after sourcing about a dozen each month. The projects are single-family homes and apartment complexes. The value of commercial real estate transactions in 2013 hit nearly $300 billion in 2013, according to a real estate report. Athwal, who worked as a real estate attorney and broker believes that increasingly those transactions will allow investors who can't write $100,000-dollar checks, much less million-dollar checks, to have ownership in those kind of properties.

That said, RealtyShares doesn't allow anyone to write a check. It only allows accredited investors to invest and it doesn't make its real estate deals public. So only investors who are members of RealtyShares can view the offersing. Right now, there are about 2,000 investors on RealtyShares, said Athwal.